PERMANENTLY SOLD OUT – Eva Paradis is completely sold out and won’t be available again.

Eva Paradis is the limited edition of Eva Noire, with an alternative experimental tuckbox.

Eva Paradis include the same cards as Eva Noire, with an experimental tuckbox made by a German Golden Paper. For the first time, the metallic golden paper was bought by Thirdway Industries directly, it wasn’t available through our tuckbox factory. This is the reason of the “experimental” word in the description.

Cards are based on the first edition of Eva, with a completely restructured color scheme that include 4 different metallic inks (green, red, gold and pure silver) and a black background.

However, this is not just a color swap: all the courts are redesigned!

Here are some examples of the new design vs the old: 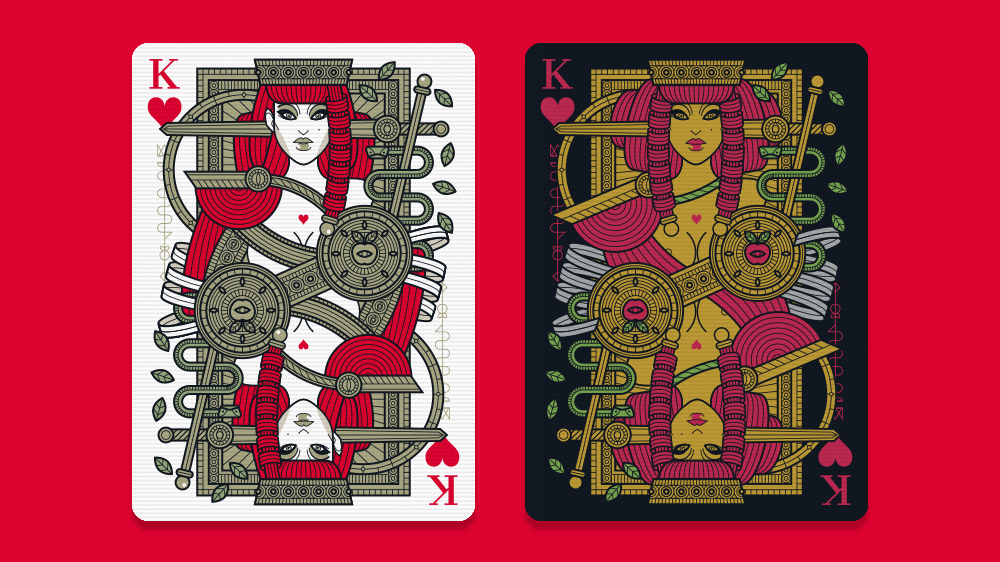 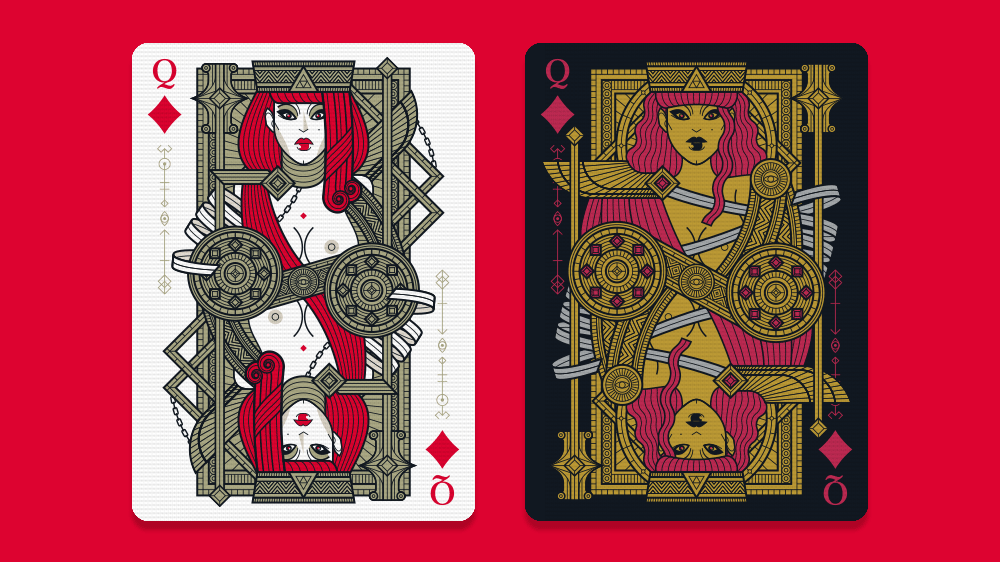 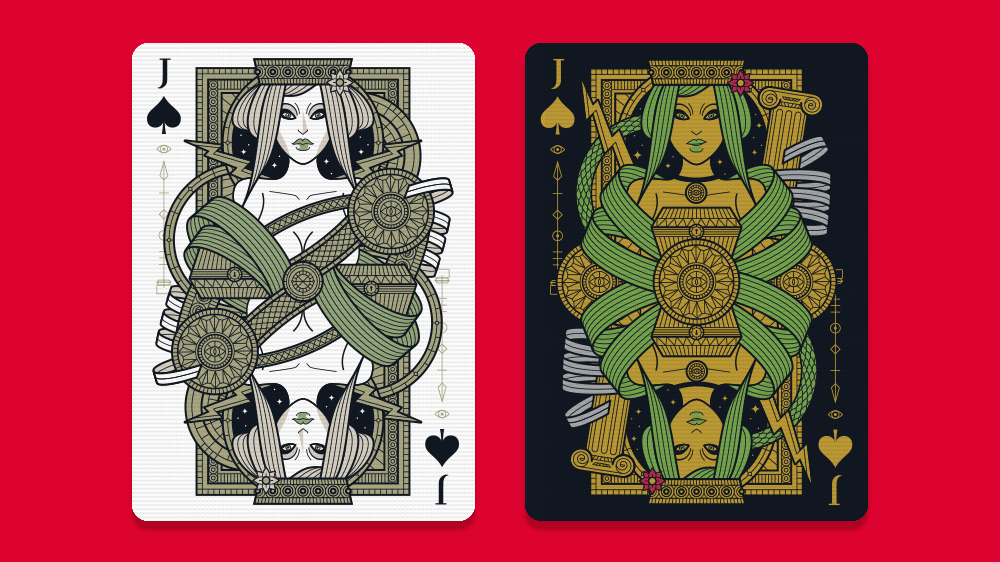 After they ate the Apple, Adam and Eve were banned by Eden forever,  lost their immortality and started to feel hunger and pain. But they finally opened their eyes, and became humans. In her King form, Eva is a mortal. She became the “Queen of the World“, since she was the very first female on the Earth. Despite the Original Sin and the pain she suffered, she’s proud to be an aware human.

Be the first to review “Eva Paradis” Cancel reply