This bundle includes the Original SINS printed by EPCC. 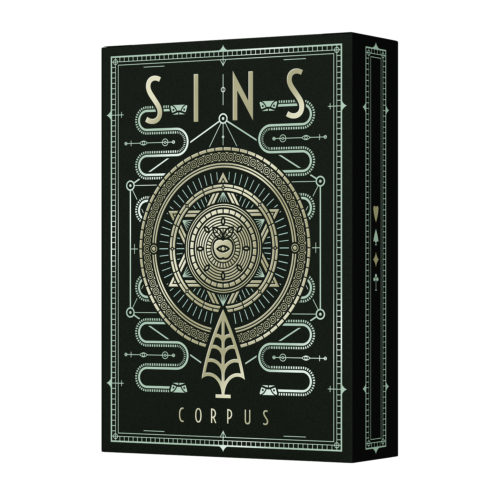 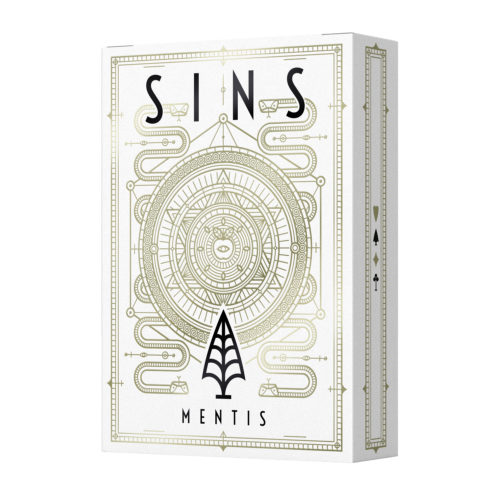 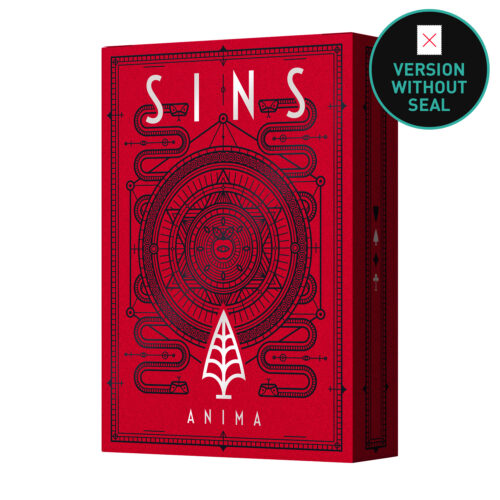 Only 45 left in stock

The “Trident” is the classic trifecta of Thirdway Industries series. Include 2 “unlimited” decks and 1 limited deck. This is the cheaper way to have a SINS Anima deck after the kickstarter campaign.

SINS’s story is inspired by the Original Sin and the Seven Deadly sins.

Adam, the first man and Eve, the first woman, lived in Eden, and they had just one rule: don’t eat the Apple of Knowledge. Prometheus, the Snake, told Eve the fruit would gave her the freedom, and she and Adam ate it. They was banned from the Eden: mortals, frail, naked – but definitely humans. Was the Snake an enemy?

About the SINS backs…

The backs of SINS represents Eden, the place where the first Sin happened.

In SINS Mentis, Eve was planning to eat the Apple of Knowledge, but she didn’t actually do that – so Eden was bright.

In SINS Corpus, Eve ate the Apple and she was banned. Without her and Adam, an eternal night fell on Eden. This means, chronologically, that SINS Corpus happened after SINS Mentis.

In SINS Anima, Adam and Eve realized they’re the first two humans in the world. They are banned, frail and mortal. But after they ate the Apple, they also are full of self-knowledge. They became the first two dreamers. Eden is now empty and is red. Red like blood and hell fire – but also red like the heart, passion and life.

Be the first to review “SINS Original Trident” Cancel reply