Pantheon Caelum is the luxury, gilded edition of the new edition of Pantheon.

The white background and the classic colors on cards made this deck perfect to play with. 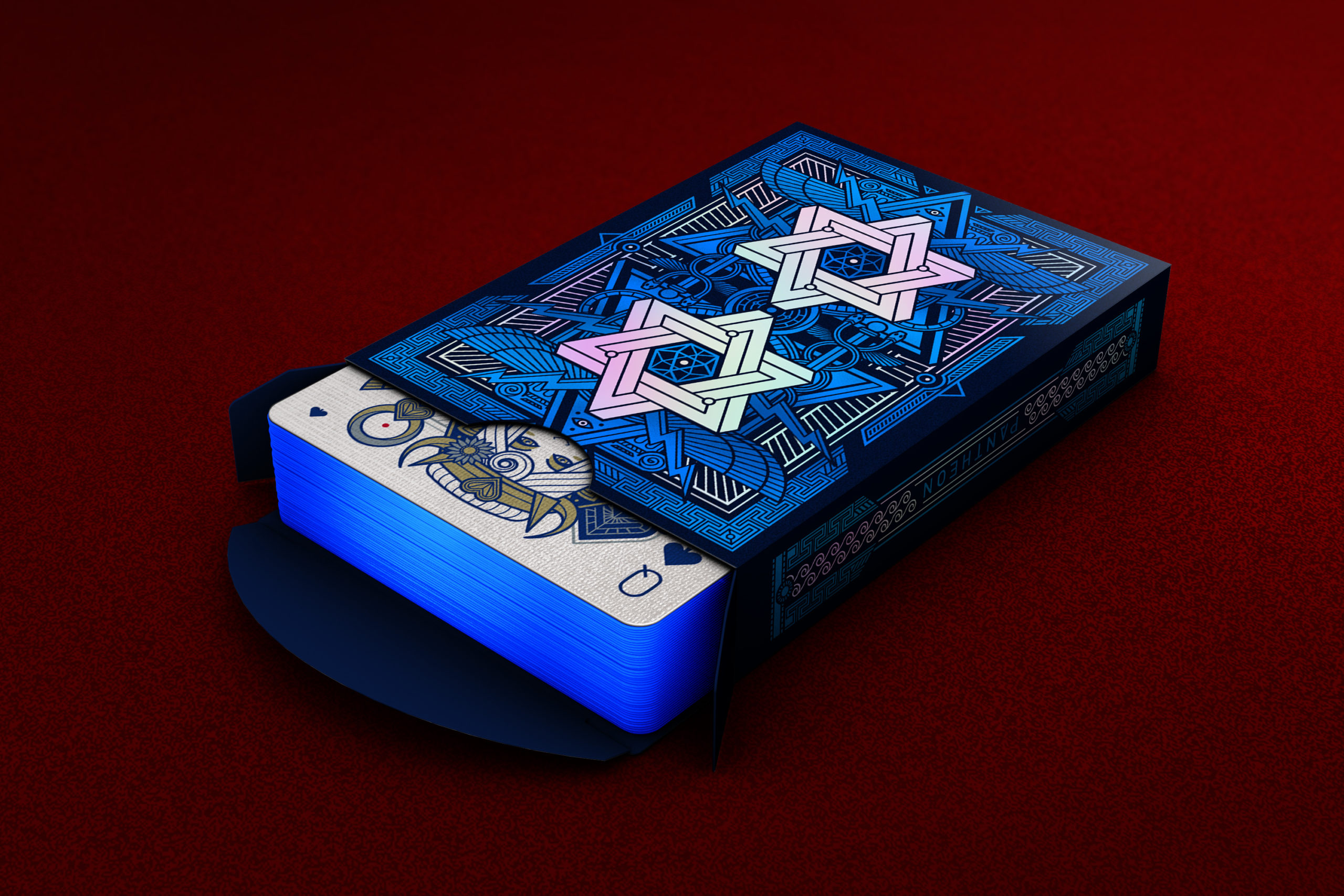 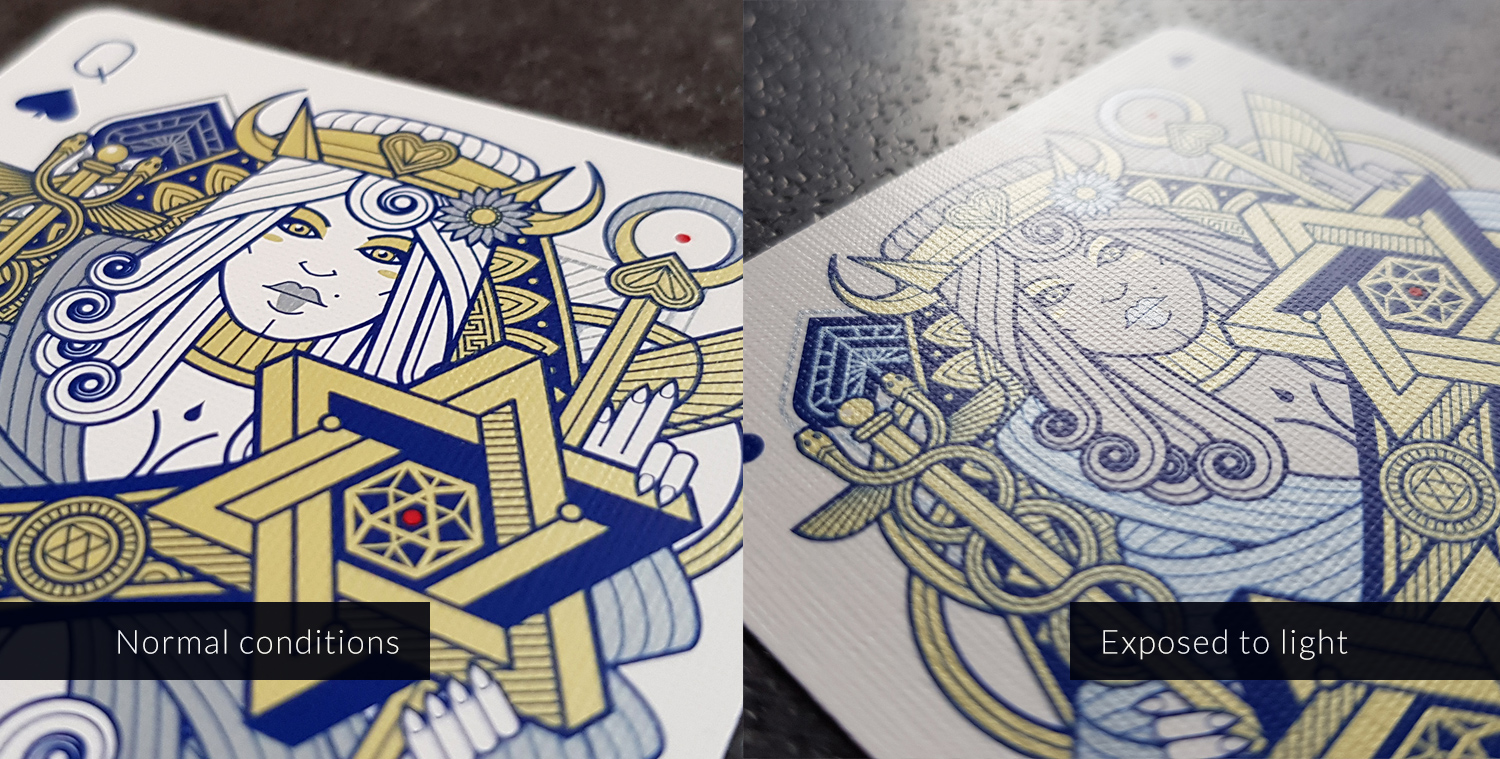 The new edition of Pantheon will be printed by USPCC, with their usual awesome metallic inks.

The main difference between the old and the new editions are the card backs:

The “Original” Pantheon had one hot foil layer on a dark violet background. The new edition will have 2 metallic inks (blue/silver and gold) on blue.

Trivia – The 2-colors design was similar to an early design I’ve did on the first edition. If you backed Pantheon you may remember it.

Pantheon II, overall, is designed to be the “Player Edition” of the original version.

All the courts have been revised and recolored, on white background.

Of course, also pips are inverted on white background.

Apollo is one of my favourite redesigns of Pantheon II.

At first glance, cards are very similar – however, if you watch closely, you can spot a lot of differences.

The new edition include also – Prometheus. This is a 4th Joker I’ve designed for this deck (not revealed)

Be the first to review “Pantheon Caelum” Cancel reply