A review by Magic Orthodoxy

Pantheon is a limited deck from Thirdway Industries, with a luxurious tuck box and gold foil on card backs. I consider it a spin off of Dedalo, and all the court cards are Greek Gods. 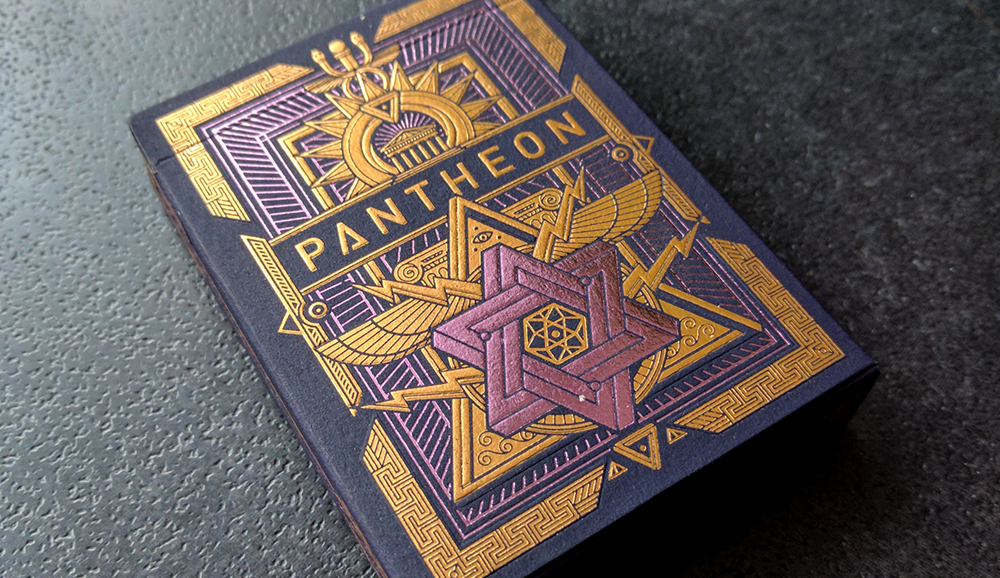 Pantheon deck is the most luxurious produced so far by Thirdway Industries. It uses a premium soft touch dark blue paper with purple and gold foil on outside and red foil on inside. 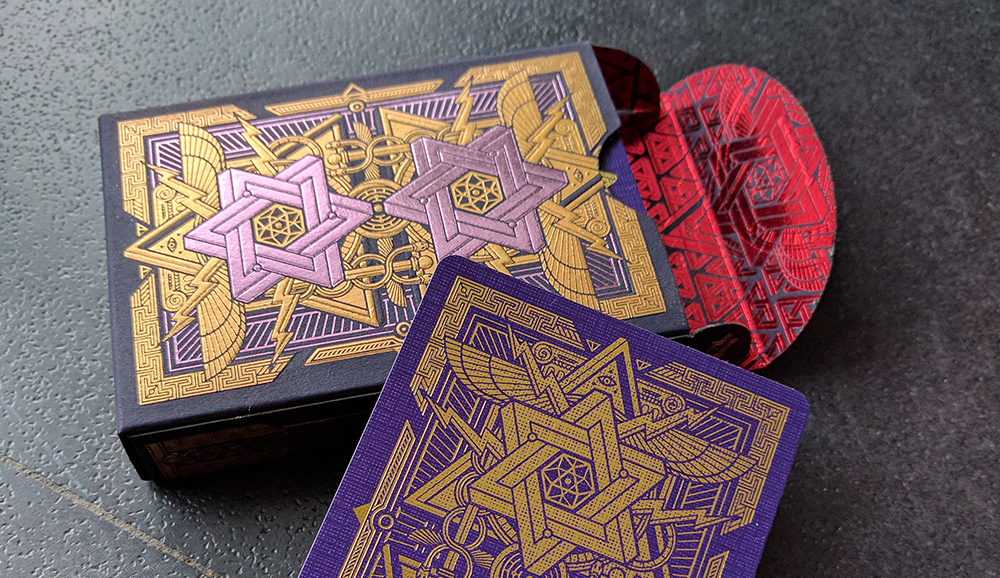 All the cards are gold foiled on back, and the color scheme dramatically change if it’s put in directly sunlight. For example, here is a pic in plain light: 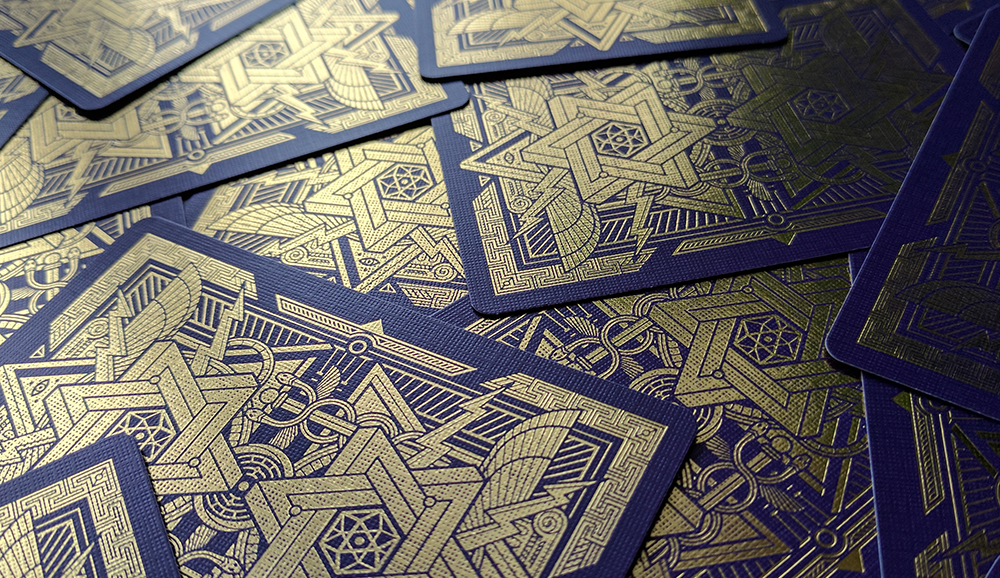 And the same cards with a different light: 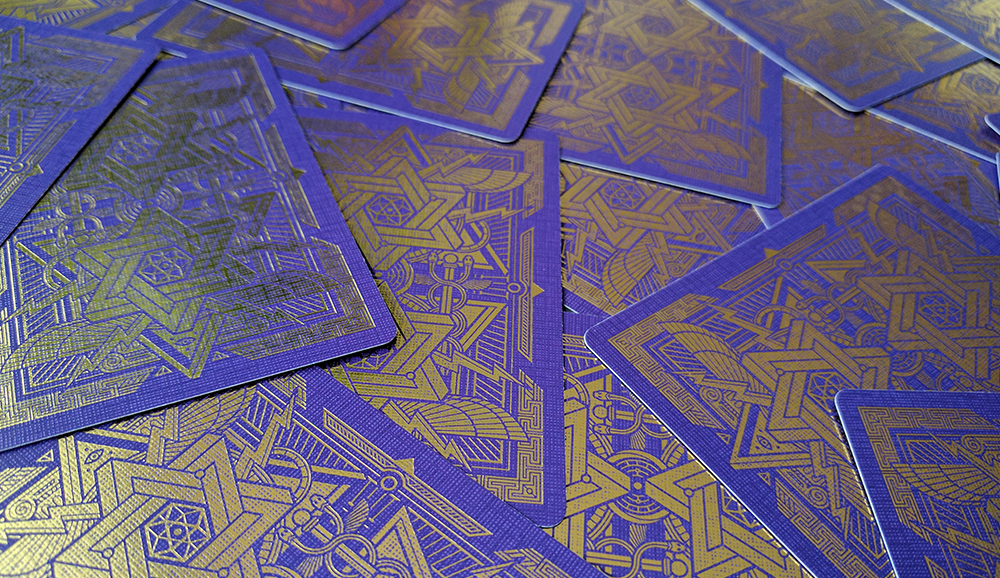 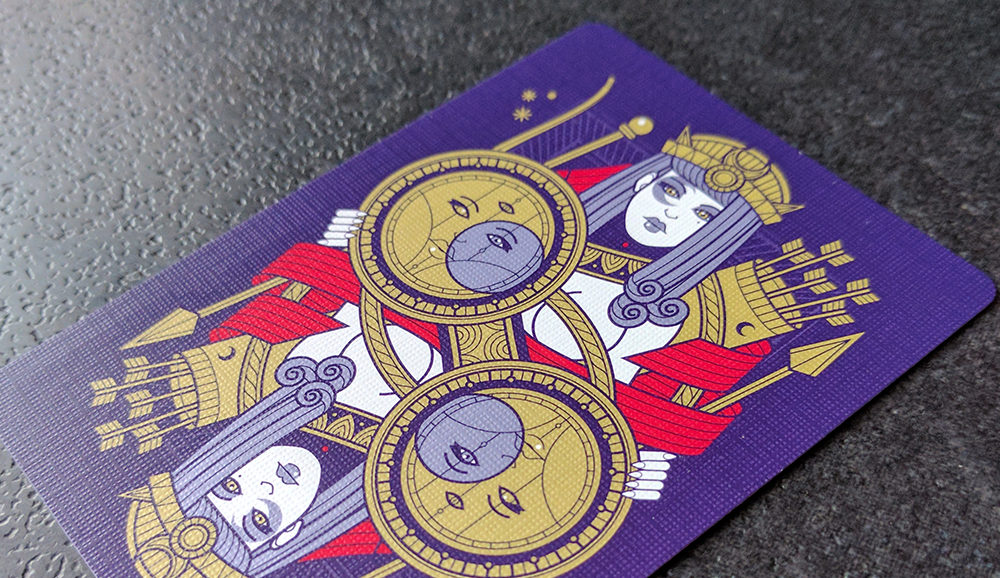 Be the first to review “Pantheon Original” Cancel reply