Temporarily available for Black Friday 2020 – Normally Italia Magica is not available for retail. Subscribe the newsletter to have access to future events that may include it.

Italia Magica is the fourth, secret deck from Italia Divina Series, about the wonders and the secrets of Italy.

Italia Magica is the secret deck of the series. Only few will printed, and I won’t know the final number until the project will be printed. They will be around 500, anyways. 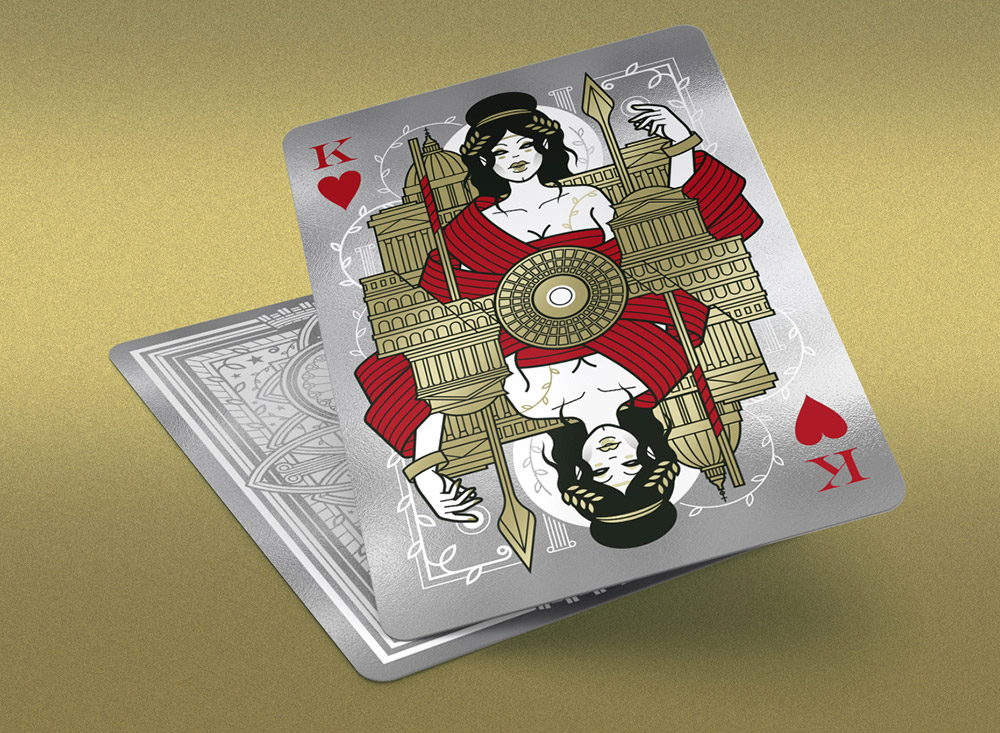 Italia Magica includes twelve of the most famous cities of Italy, all of which are already included in Radiosa or Segreta. 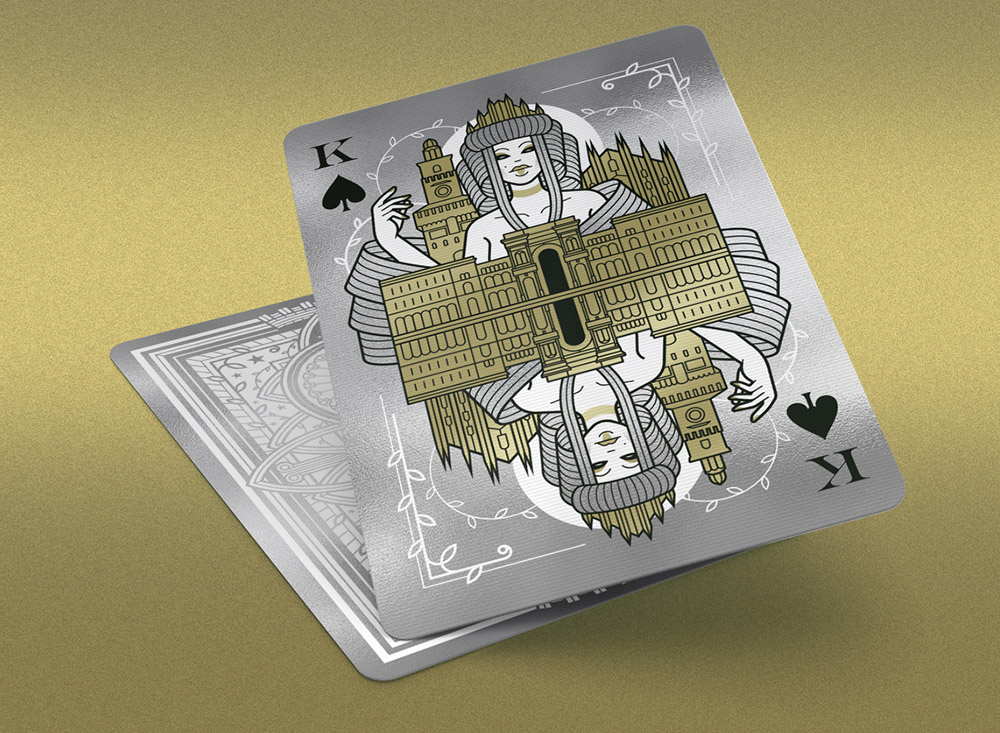 Italia Divina is a series of poker playing cards that includes landmarks, stories, and secrets of Italy. There are three decks in this series: Italia Radiosa (Red), Italia Segreta (Green) and Italia Divina Limited Edition (White/Silver). Combined, they form the Italian Flag.

The courts are all custom and completely different in each deck, here is an example of the King of Spades: 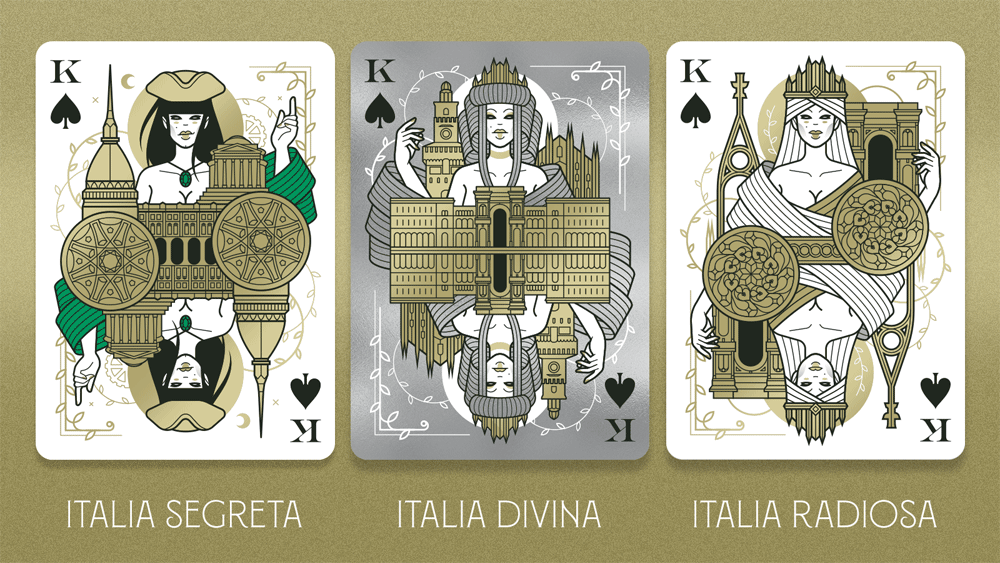 Radiosa and Segreta have similar, complementary back designs, perfect for using them together. Divina has a different, more ethereal design in shining silver on white. 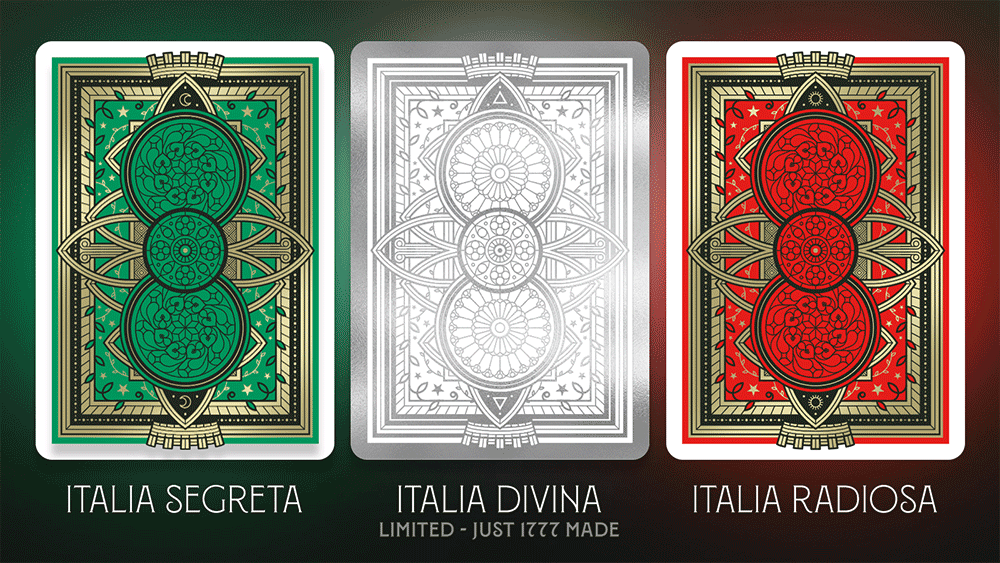 Each unique pip card features a beautiful location or reveals a hidden secret about Italy, the Land of Beauty. Here is an example: 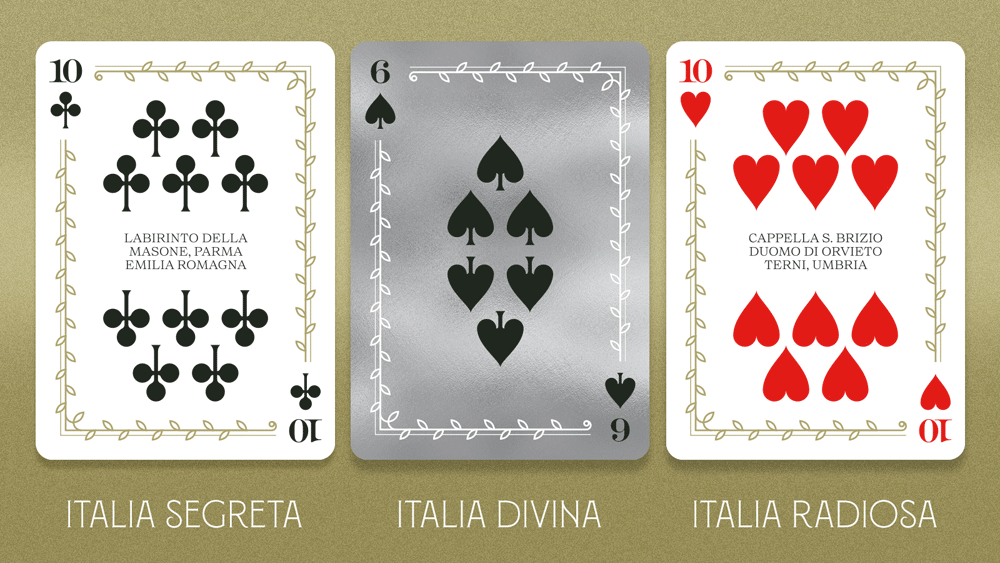 These decks make the perfect travel companions for an Italian vacation, helping you discover and explore the many mysteries of Italy.

All decks are designed with functionality in mind; neither hints nor design will compromise playability in any way.