“Altezza City is the crown jewel of our new Homeland! Magnificently tall and beautiful.”

Galaxia is a series inspired by dystopian Sci-Fi novels of the 1950s and 60s.

Altezza is the first human outpost on Terra-2. The flagship city itself is primarily made of the SSC Promessa, which was landed, secured, and reconfigured as a land-based city. 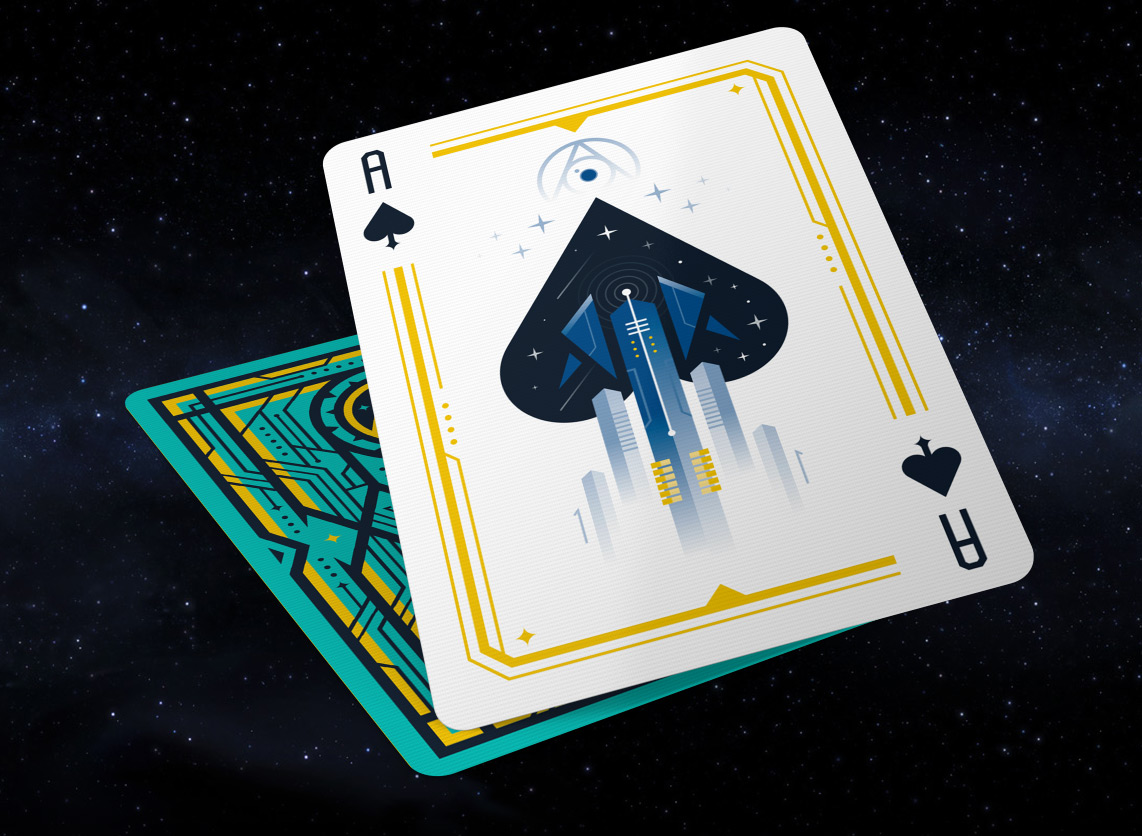 The Ace of Spades portrays Altezza City, the first man-made construction on Terra-2. The city is developed vertically, comprised of several skyscrapers and a vast central Tower which reaches the cooler upper atmosphere. 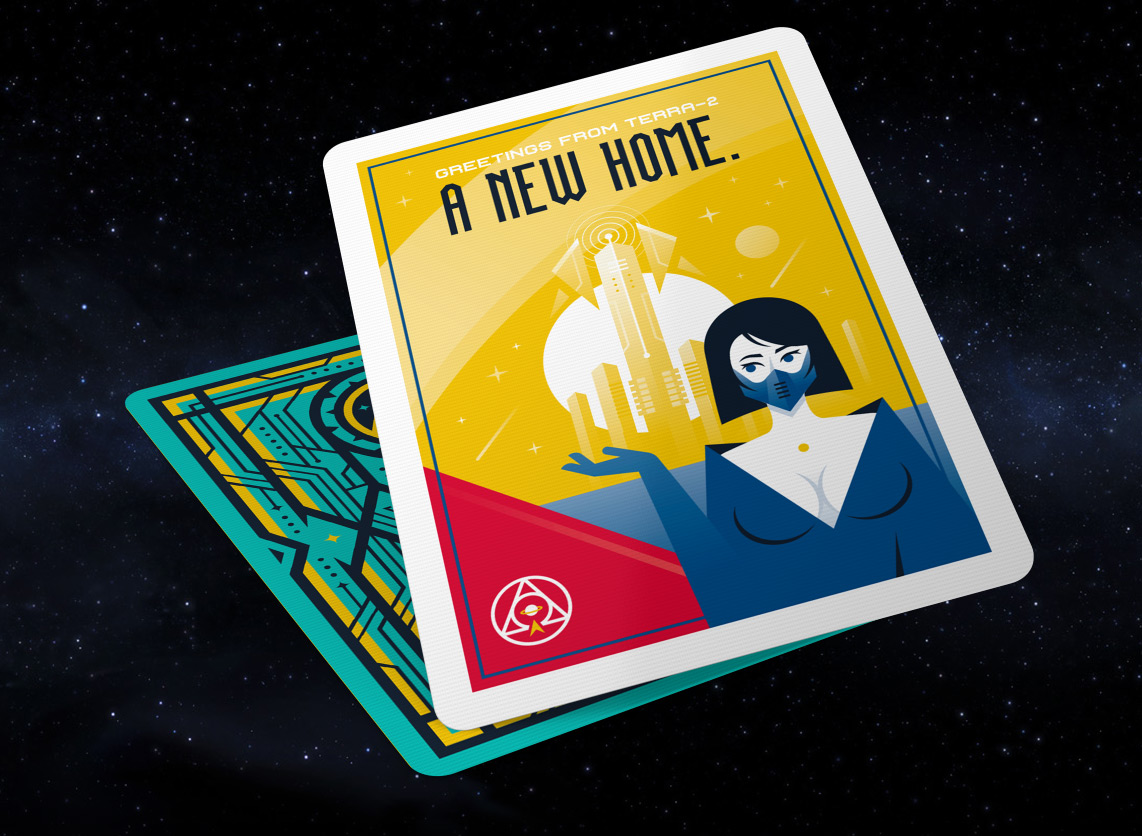 Despite Terra-2’s stifling yellow atmosphere, unexpectedly hot temperature, and challenging breathing conditions, there is no reason we cannot terraform it into the beautiful paradise we promised our Citizens.

“A Paradise can be just as dangerous as it is beautiful, but the Federation will always have your back.” 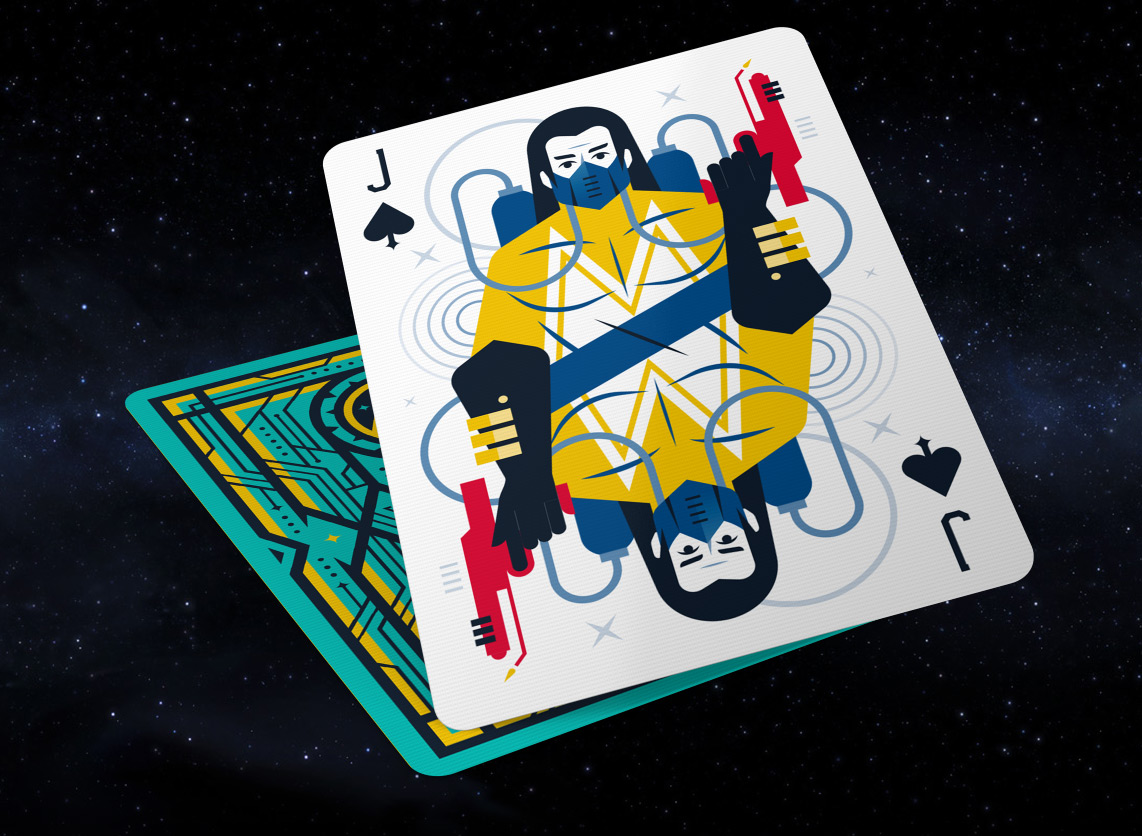 The Ground Trooper is a fearless soldier, equipped with a compact flamethrower to burn any threat. 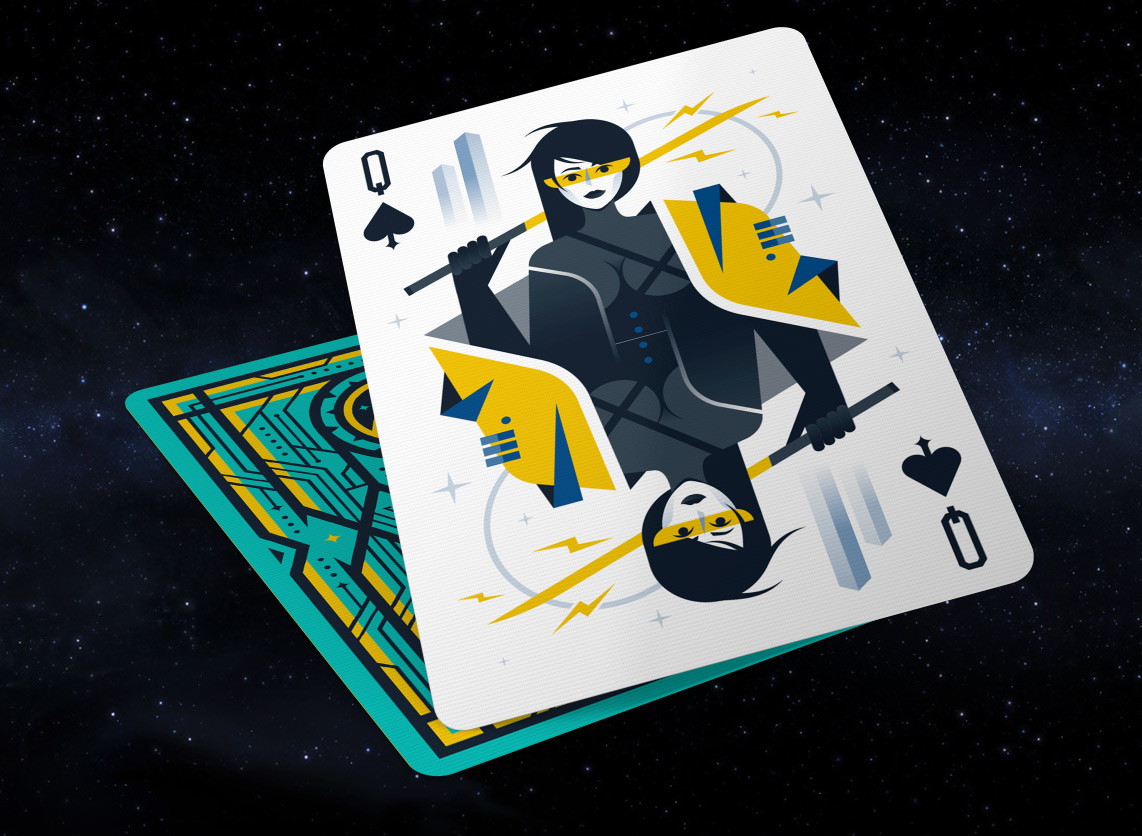 Altezza Assassin sightings are rare – and never pleasant. These deadly ghosts keep the Unique City safe from inner threats, like anarchists and terrorists. Each agent wields a Thunder Sabre, an electrified blade that is said to be capable of killing Gods. 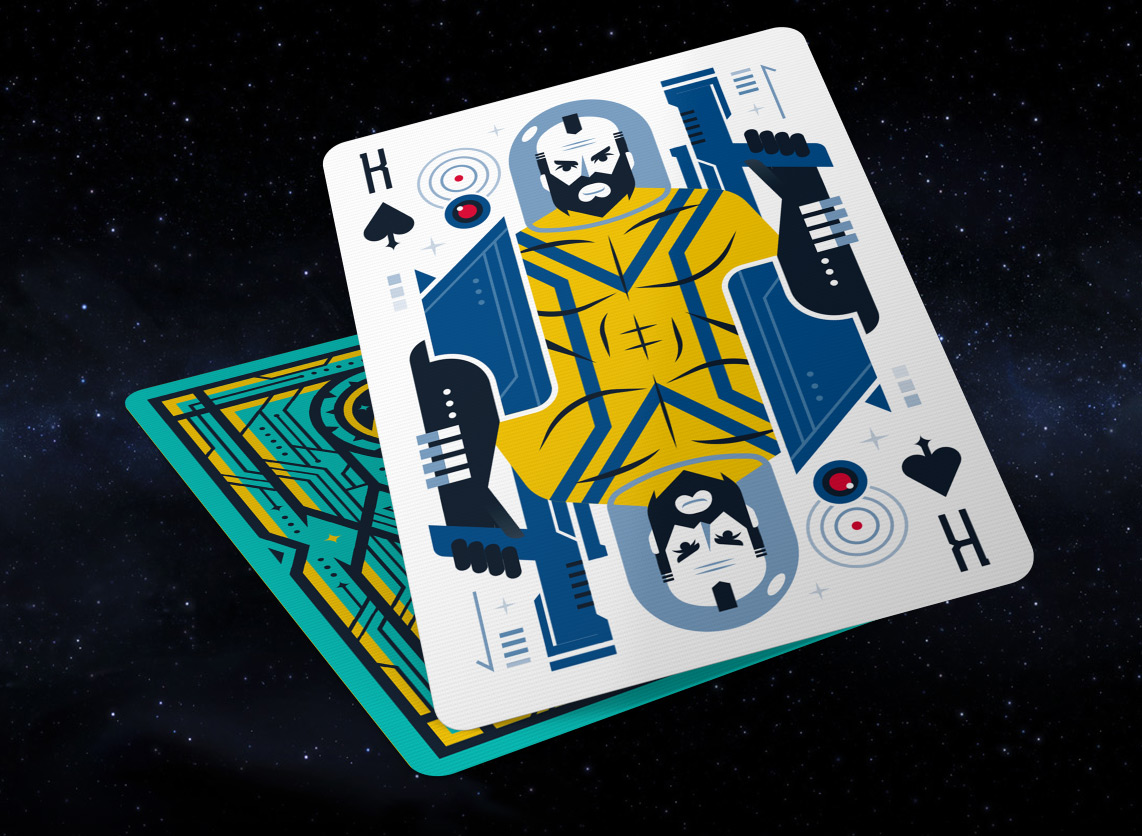 The Defender is the ground-air defense against threats from the Sky. The story goes that their heavy Pulse Cannon is capable of destroying spaceships.

“Benevolent Demi-Gods among Humans, they will rule the Galaxy with wisdom and a steady hand.” 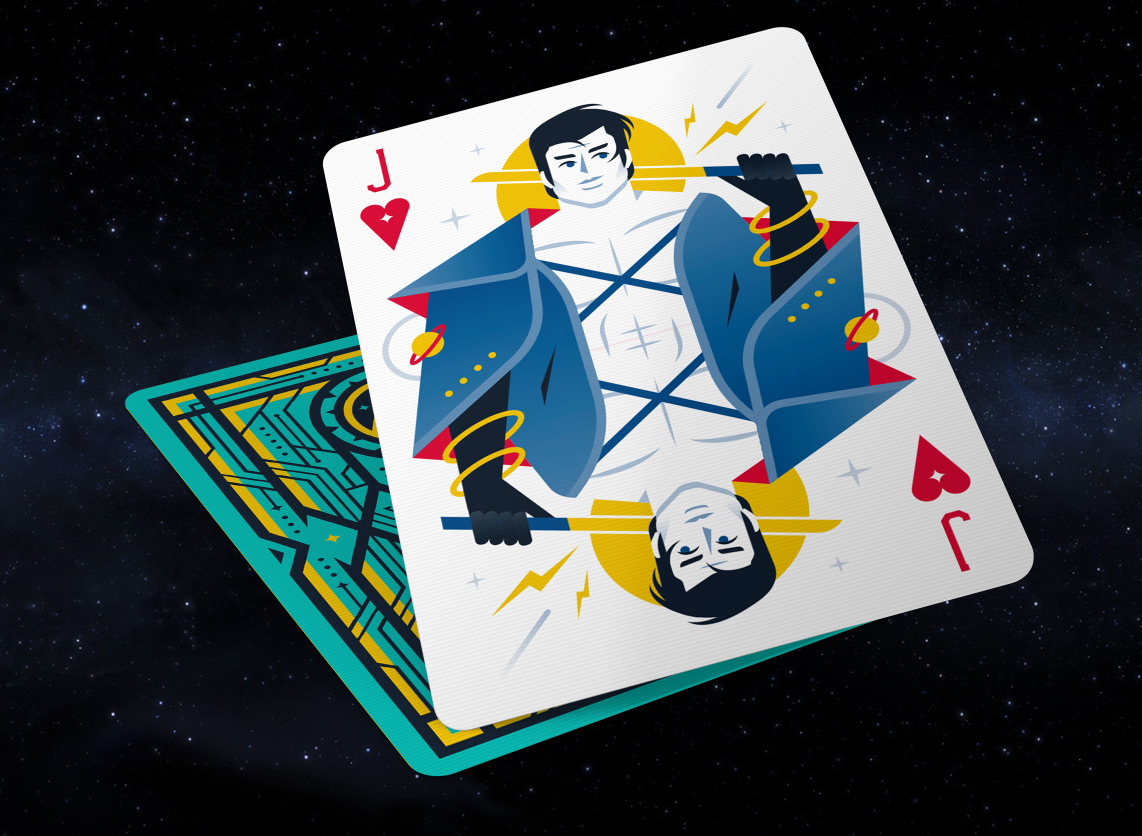 “The Queen of the Galaxy is the beautiful Goddess of the Universe. She’s gentle and fair, a blessing to all Citizens.” 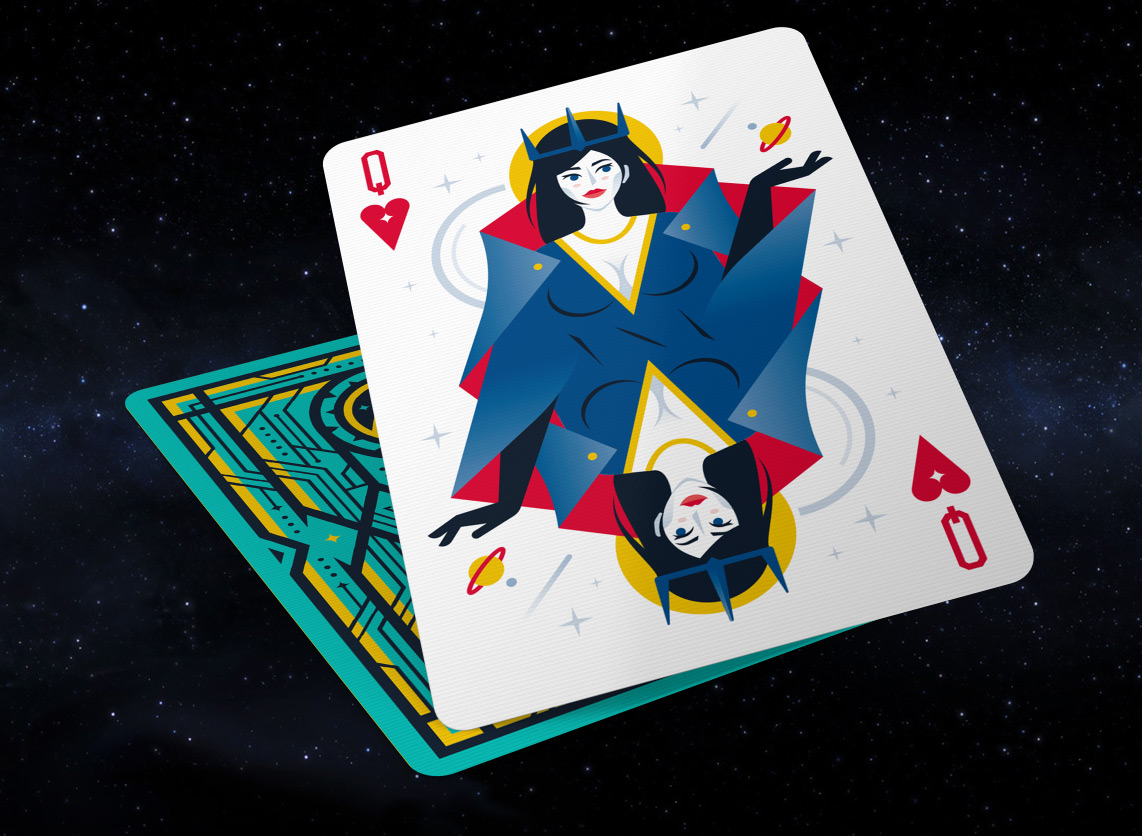 “Our noble king is enthroned atop the Federation Tower, the rightful sovereign of the Planet – and the whole Galaxy.” 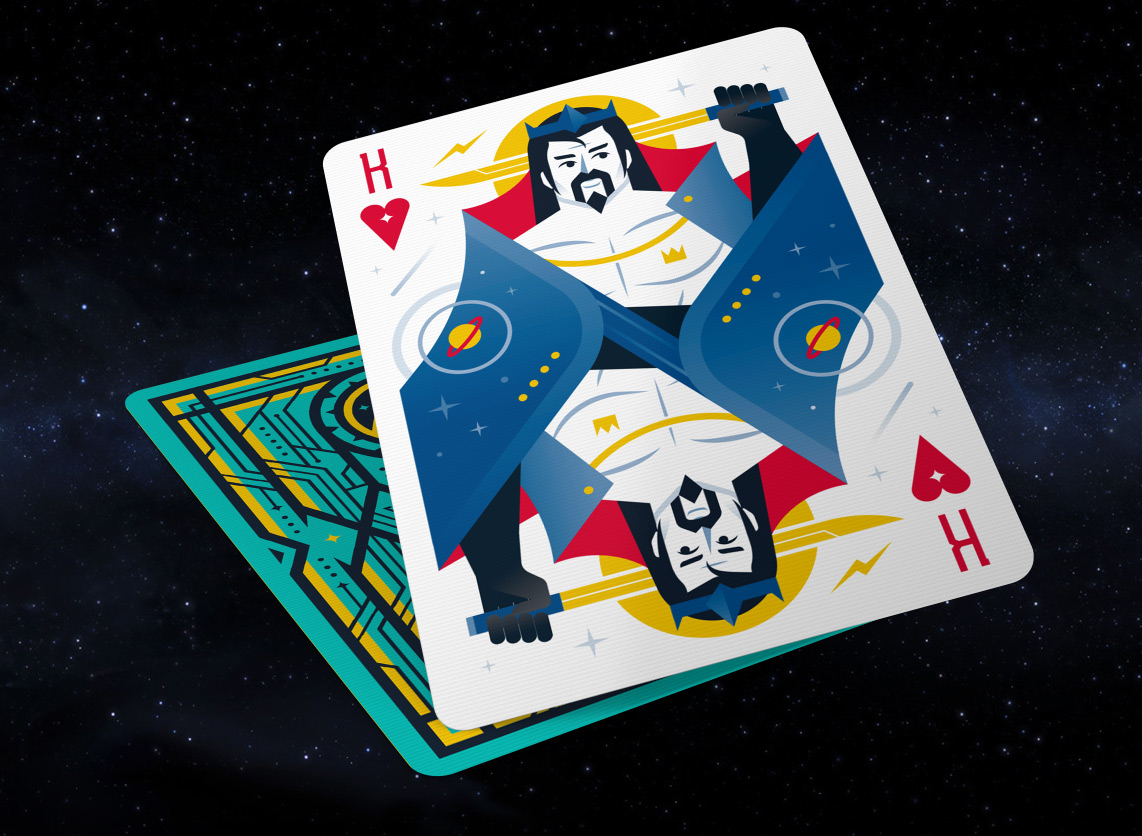 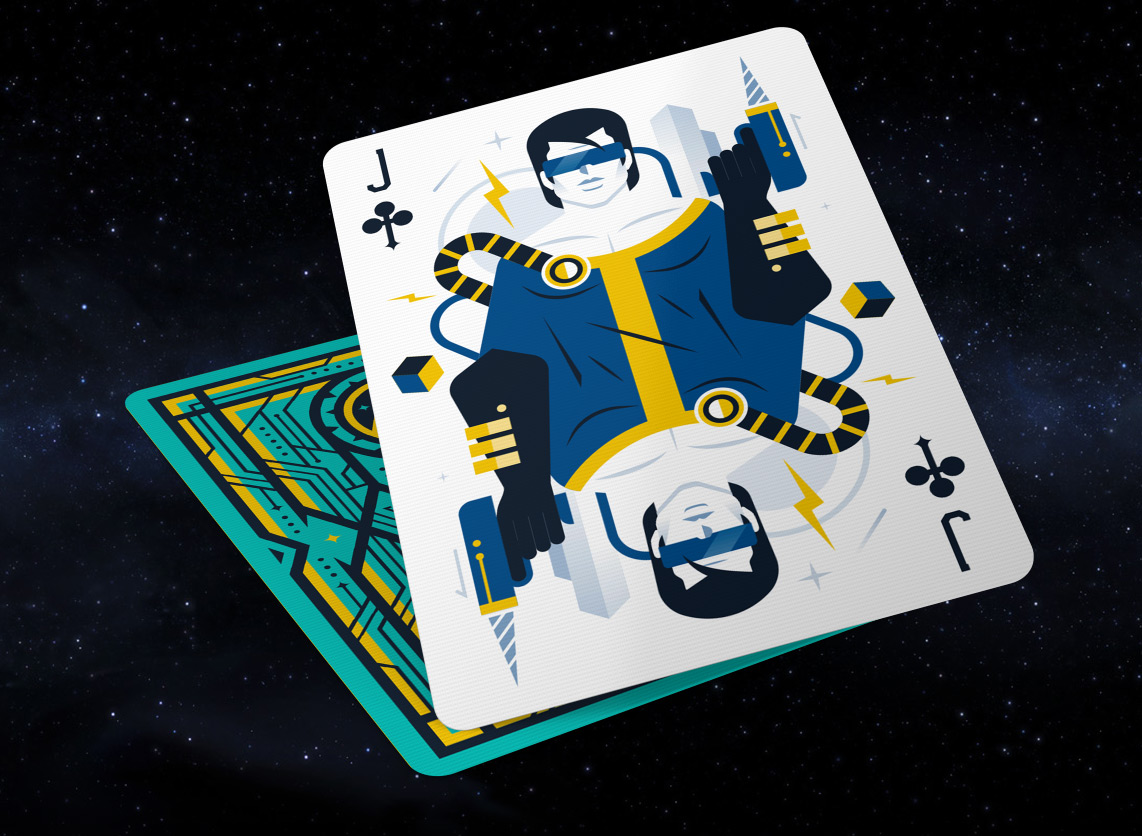 “Lifegivers are in charge of flora, fauna, and human life on Terra-2. Like Earth’s legendary Eve, they’re both mothers and farmers, dedicated to developing and nurturing as much life as possible.” 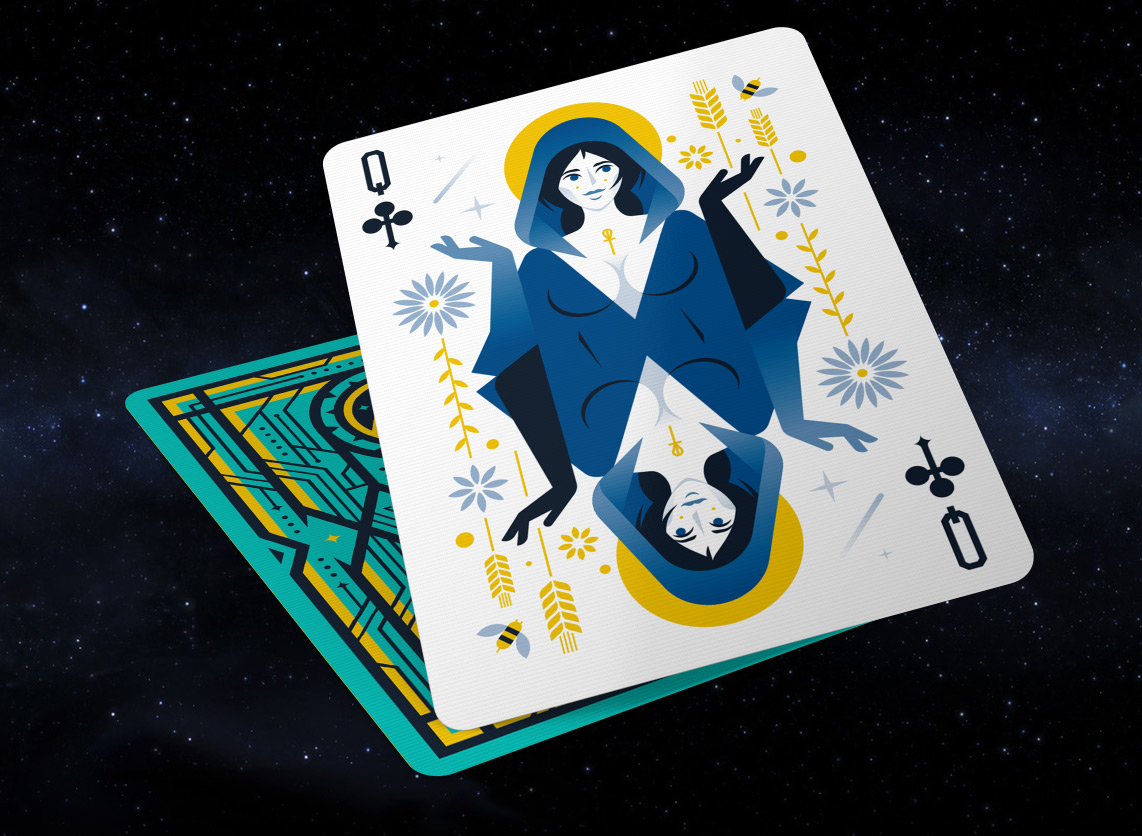 Aero Engineers are the skilled workers who build and maintain the highest level of Altezza City. 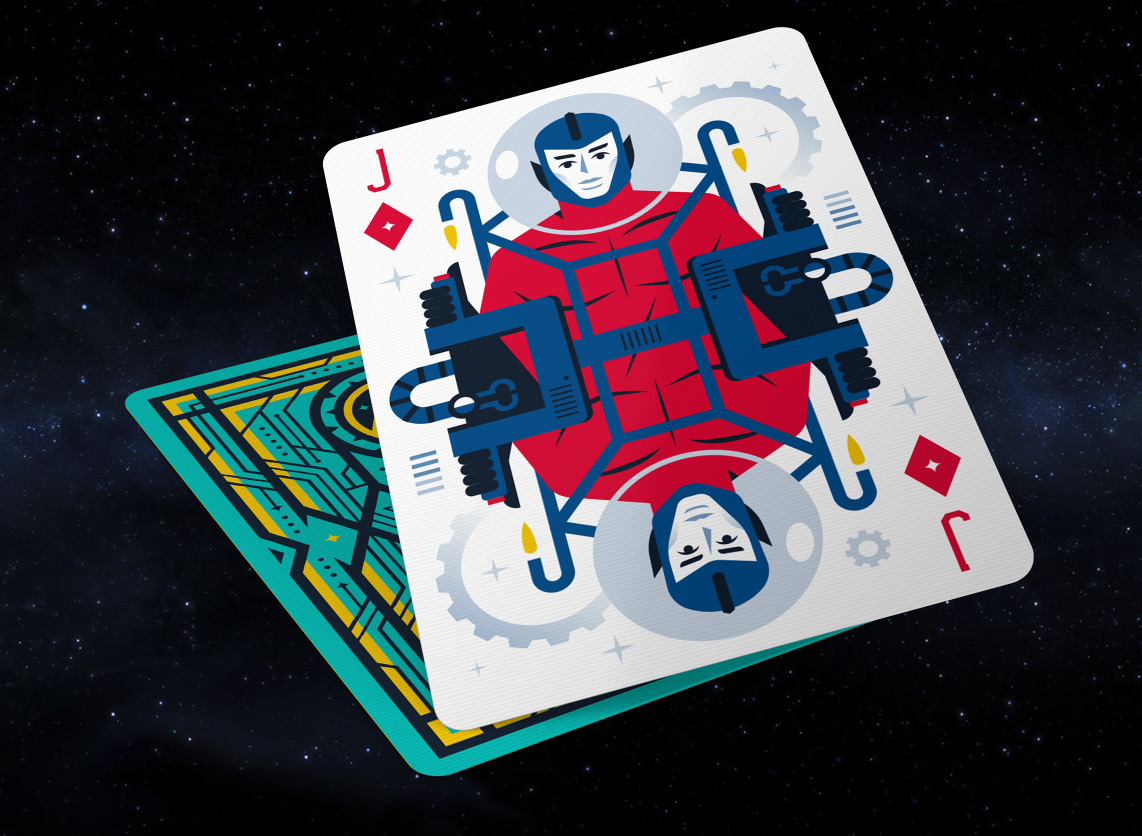 “Scientists and Geologists are working around the clock to invent terraforming solutions for the planet. Soon, Terra-2 will be even better than our original Homeland.” 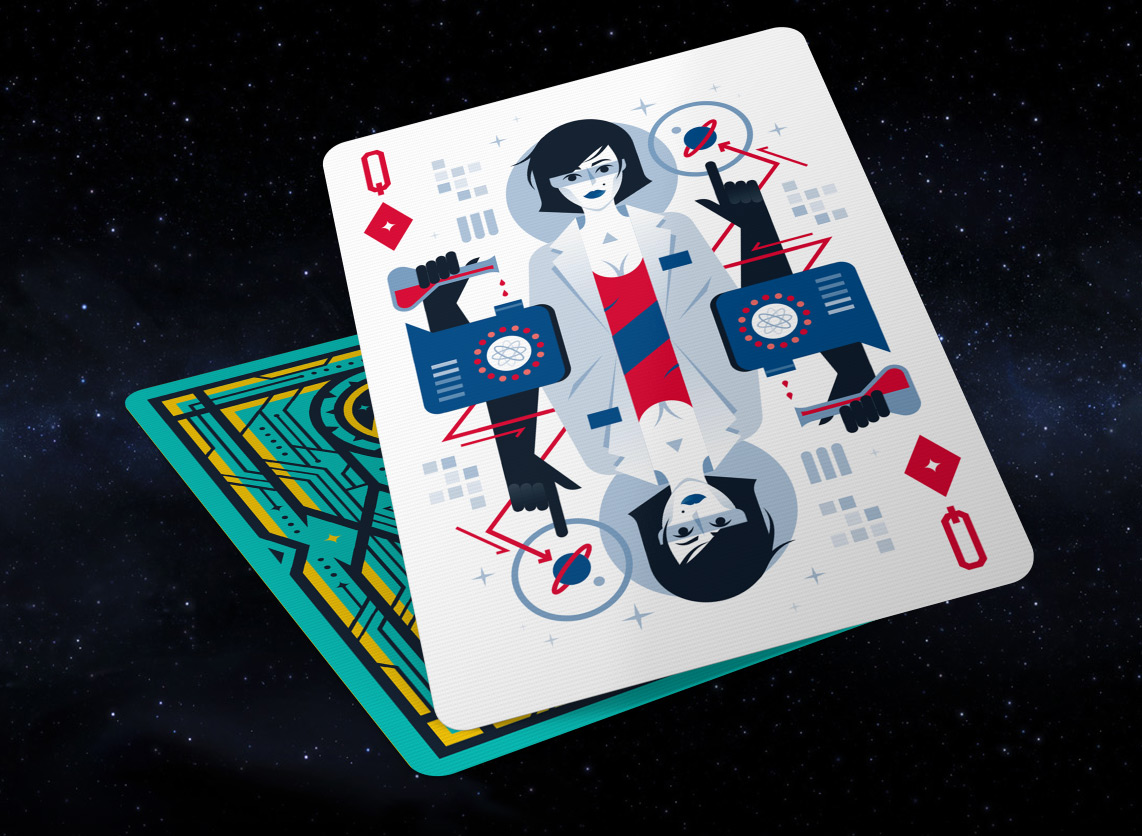 “Forza Protein is the most popular meal of the Galaxy! It’s nutritious, natural, and DELICIOUS!” 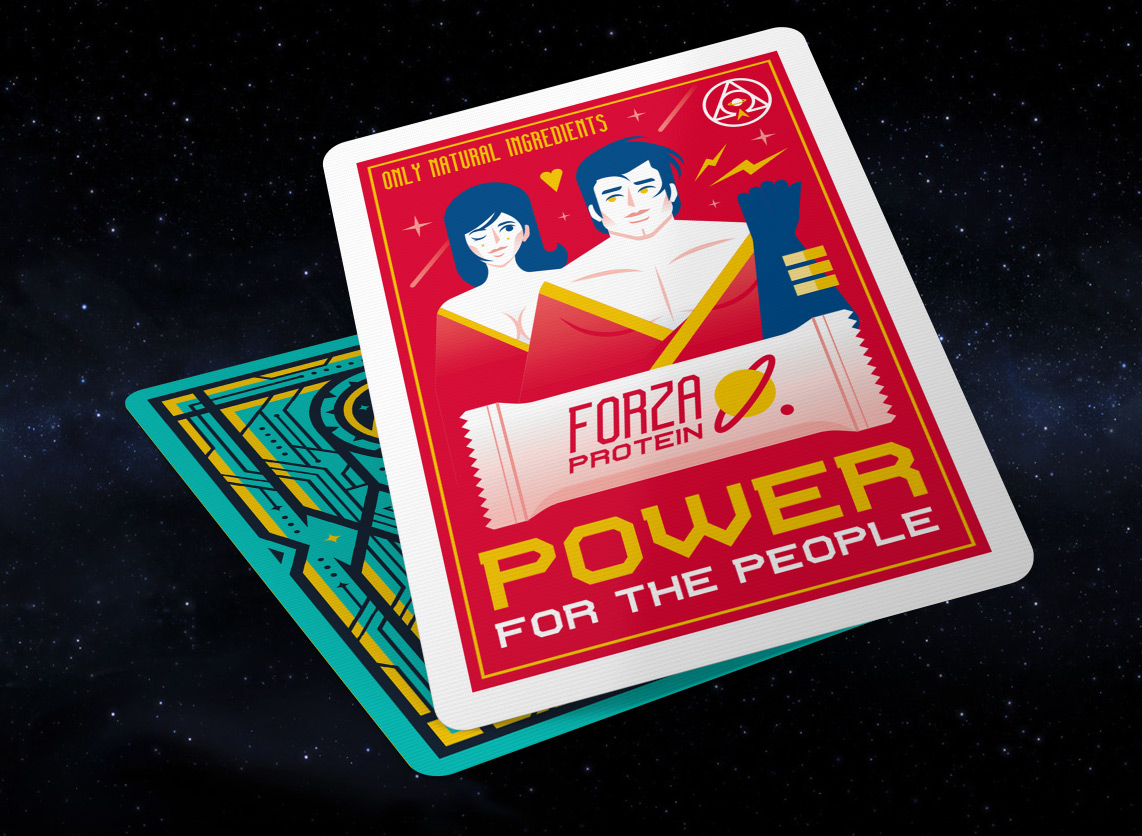