This bundle include all the four Memoria Decks 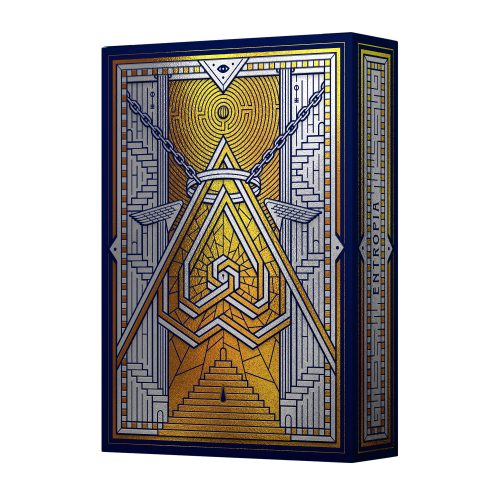 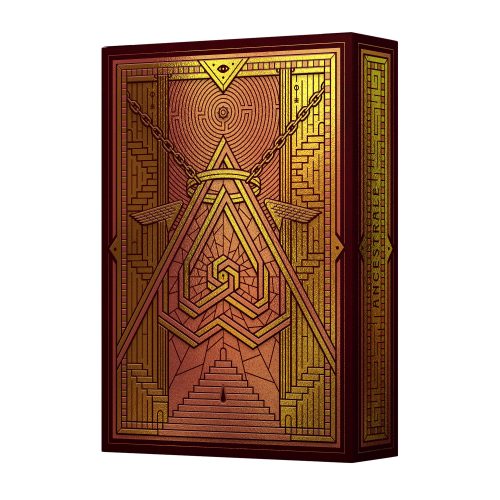 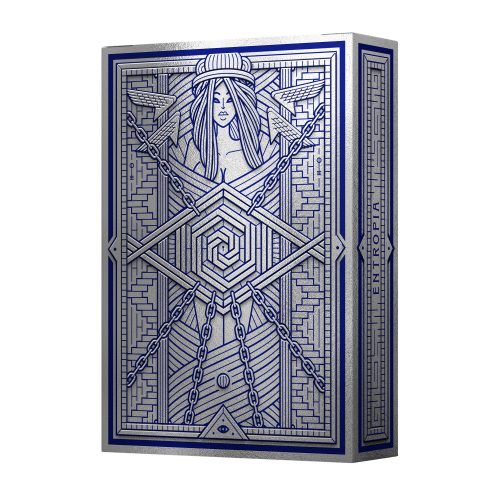 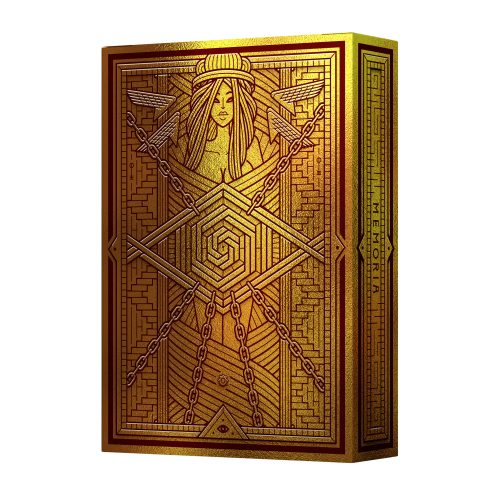 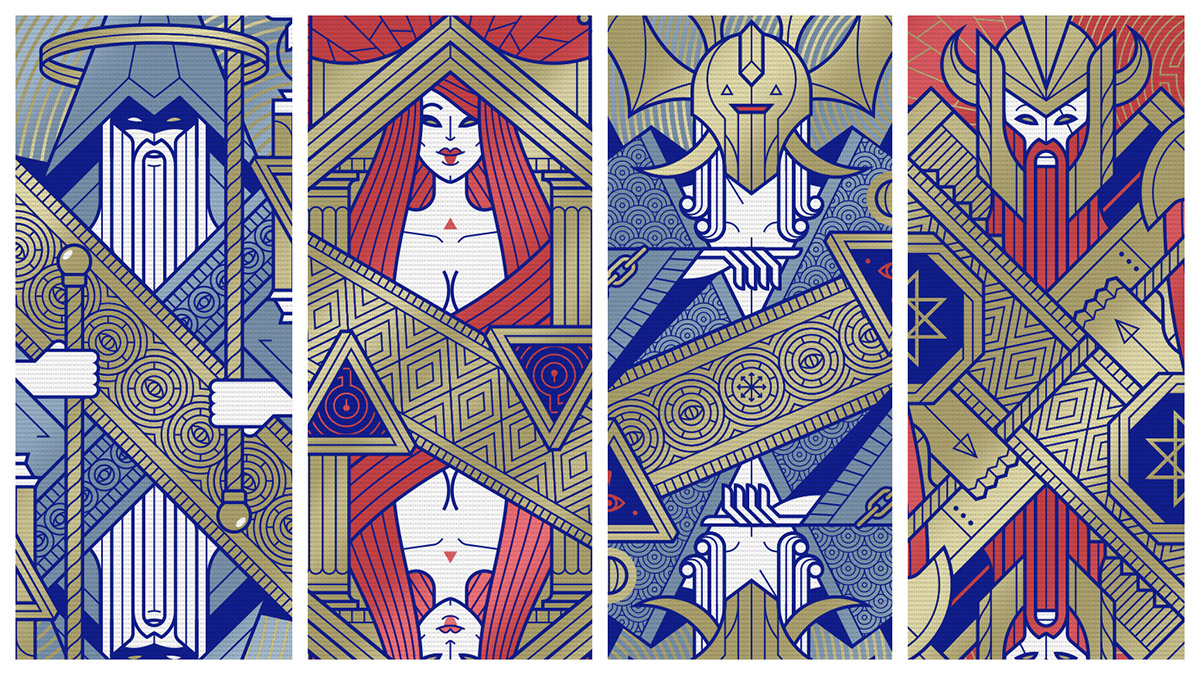 Memoria tells the story of a nameless protagonist in search of his lost memories. As you experience Memoria, you become the protagonist—each card is designed to summon your own real, personal memories through symbols. 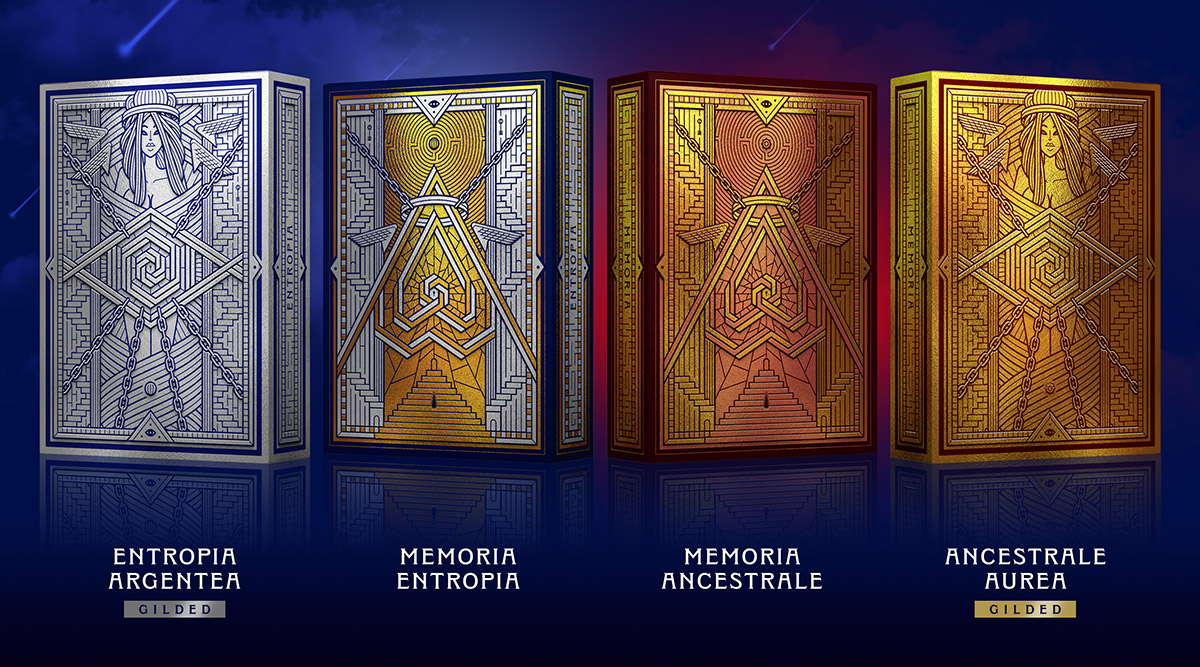 There are four decks in the Memoria series: Memoria Entropia and Memoria Ancestrale are standard decks; Entropia Argentea and Ancestrale Aurea are the gilded editions.

Ancestrale and Entropia are printed by Cartamundi with foil on card backs and luxury, custom tuckboxes made in Italy by Boschiero&Newton. The boxes are printed on premium matte paper, including two layers of foil, embossing and inner printing.

Argentea and Aurea are the gilded editions of the campaign – limited to 888 decks each. The tuck boxes for these editions are experimental, printed on Gold and Silver Mirror paper. 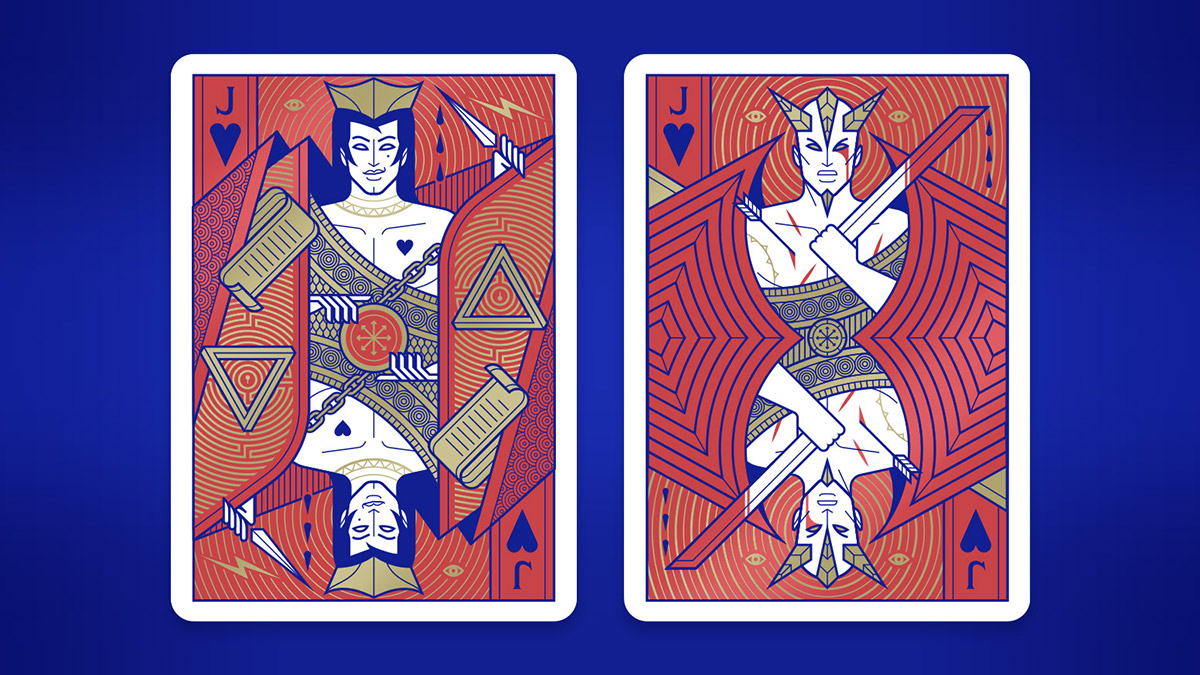 “Your Mind is now a clean slate.”

In Memoria, you are the protagonist of the story. You don’t remember anything, and the decks are the remnants of your shattered Memory. 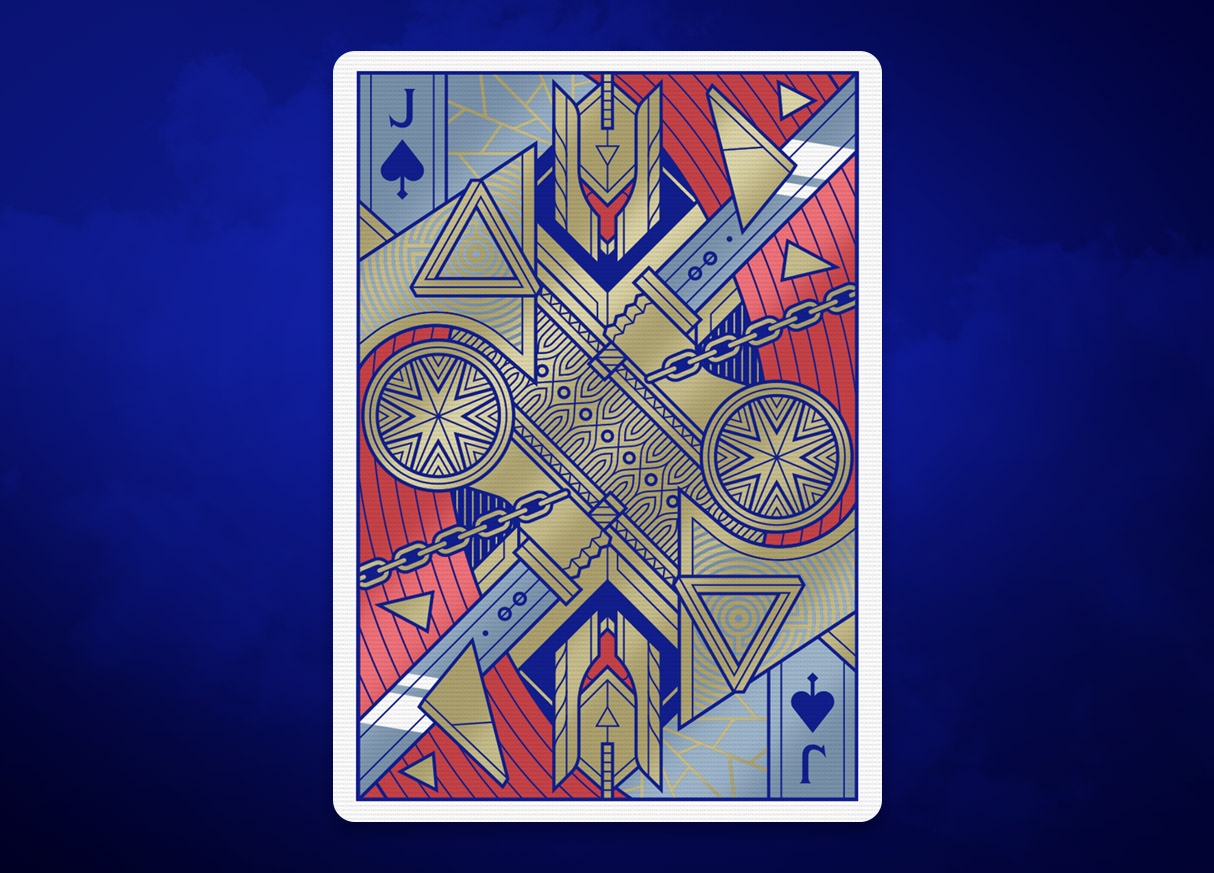 Each court card represents a lost Memory. For example, “Memory of an Enemy” represents the person or thing that challenged you most in life.

A faceless soldier wielding a massive sword in a gauntleted hand; his head is bowed toward you and his blade has already broken a piece of your world. He represents the person or trial that challenged you most in your life. Whether you won or lost the challenge against the Enemy, the battle against him changed you forever. This defining moment often leads to a permanent Fracture. Despite the destructive and violent nature of this Memory, however, the Enemy can also herald a time of necessary rebirth and healthy growth.

A wizened man whose face is half-lost in the shadow of a pointed hood, he holds aloft a lantern, and keeps watch with a luminous eye. He represents the most important lessons you have learned from life—the truths you have discovered while dealing with the consequences of your own poor choices. This Memory is one of tedious suffering and unsought humility. Although unpleasant, this Memory has influenced your future dramatically. Knowledge of yourself, however painfully it is earned, is of considerable value. 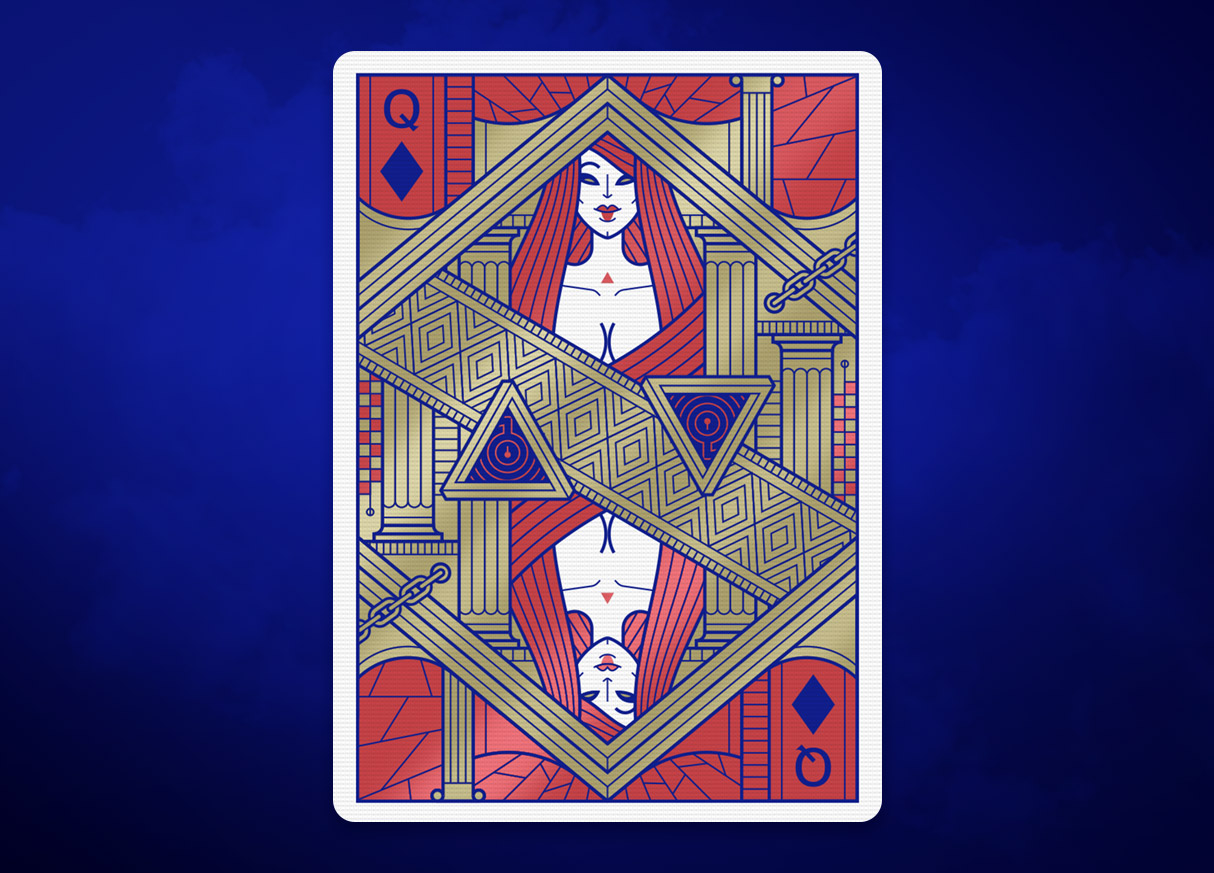 A welcoming woman surrounded by the high walls of an ancient Keep. She represents the pleasing, ancestral memory of a place or person that makes you feel truly at Home. This memory is a safe haven—a comforting and familiar shelter where you can escape when you have grown weary with the cares of the world. 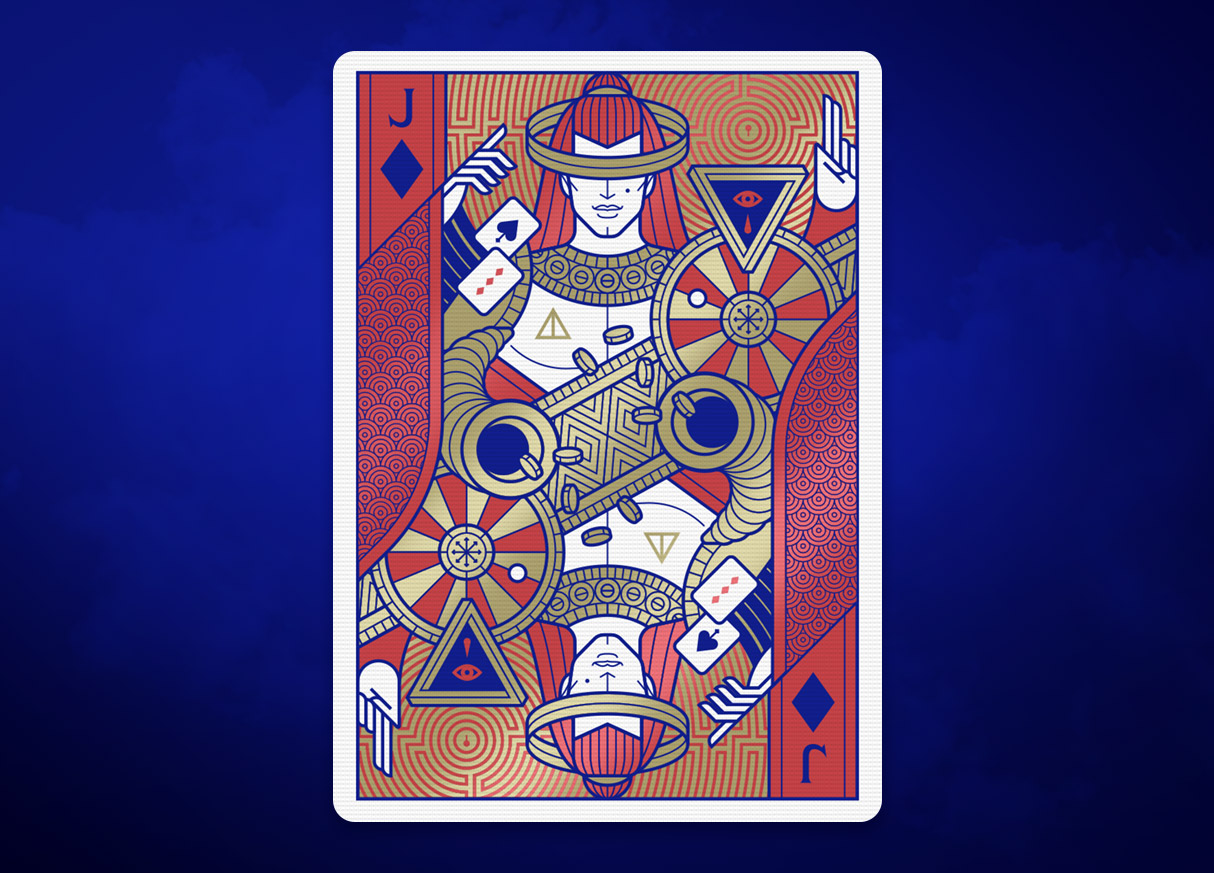 A gambler blinded by his own halo, sporting a cornucopia of Luck. He represents the moment when you risked most. This memory recalls bravery and stupidity offered up in equal measure–all or nothing, heaven or hell. Despite the unknown outcome of the hazard, this card is generally benevolent, as Lady Luck favors the bold. 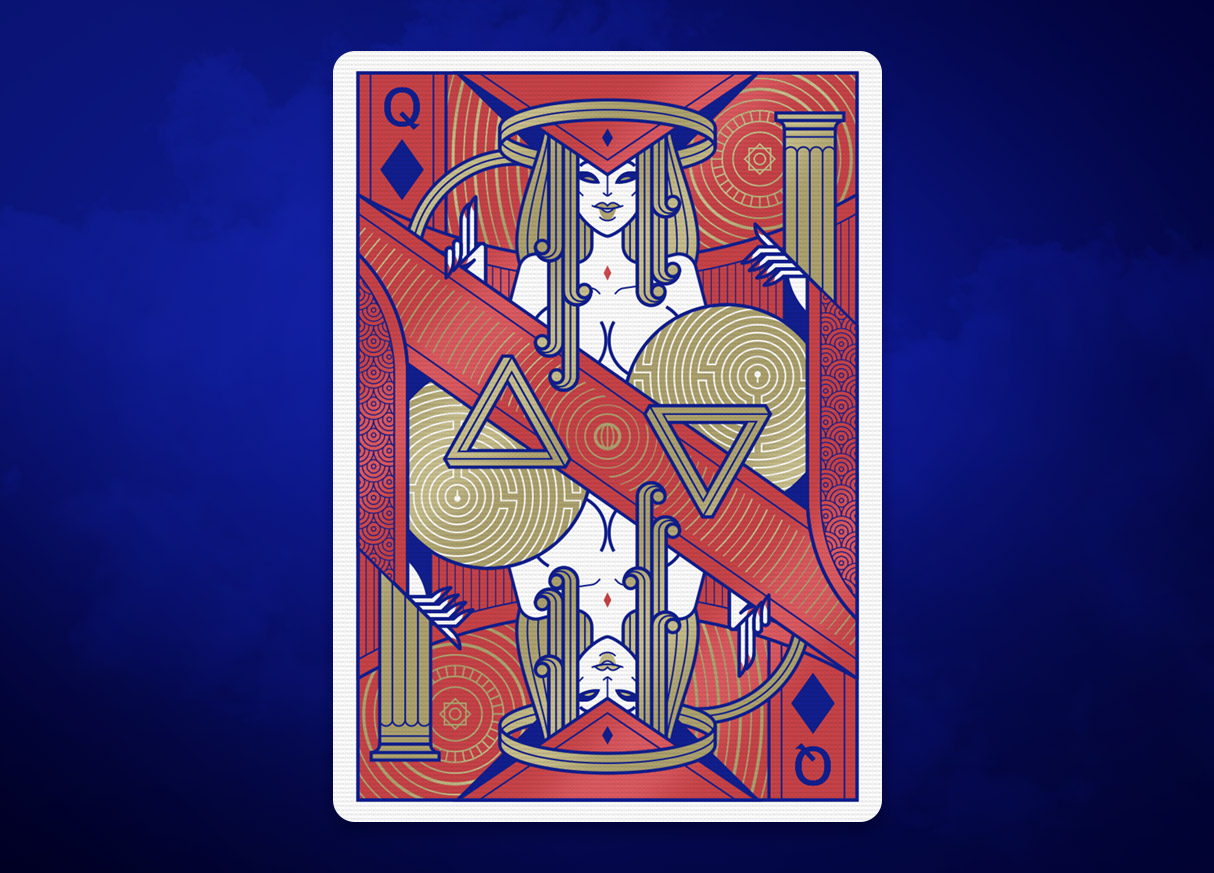 A beautiful woman who greets all with an open hand and a welcoming smile. She represents someone or something that gave you pure Joy. Friends, family, lovers, freedom—these, along with countless others, are the faces of Joy. As the opposite of Sorrow, this Memory is the best one you have–a safe place to retreat to when it seems that all the world is against you. The only negative aspect of Joy is that it can easily become Obsession.

I have done a lot of daydreaming about the idea of lost memories, partly due to my love of the creative stories in my favorite videogames, movies, and books. It’s a fascinating subject, and I always wanted to do a project with Memory as its main theme.

The first goal of the project was to capture the complexity and the inexplicability of memory in a visual way. I used this inspiration to create many of the design elements for the project (like labyrinths, impossible solids, stairs, doors). M.C. Escher’s work was a key influence. I combined this with the idea of a deck that could actually summon a person’s own unique memories. In order to achieve this, I relied heavily on symbols that could be interpreted differently by different people. Tarot decks were the chief inspiration for this aspect of the design, and influenced the choice to make giant, fully-illustrated court cards. I hope that reviving your memories through these decks will be a good experience.