“Uneasy lies the head that wears a crown.”

Damokles is a series about the imminent and ever-present peril faced by all human beings, inspired by the popular Greek myth of Damocles.

Damokles cards are printed by USPCC with plenty of metallic inks (three metallic inks on fronts, two on the backs). There are four decks in the Damokles series: 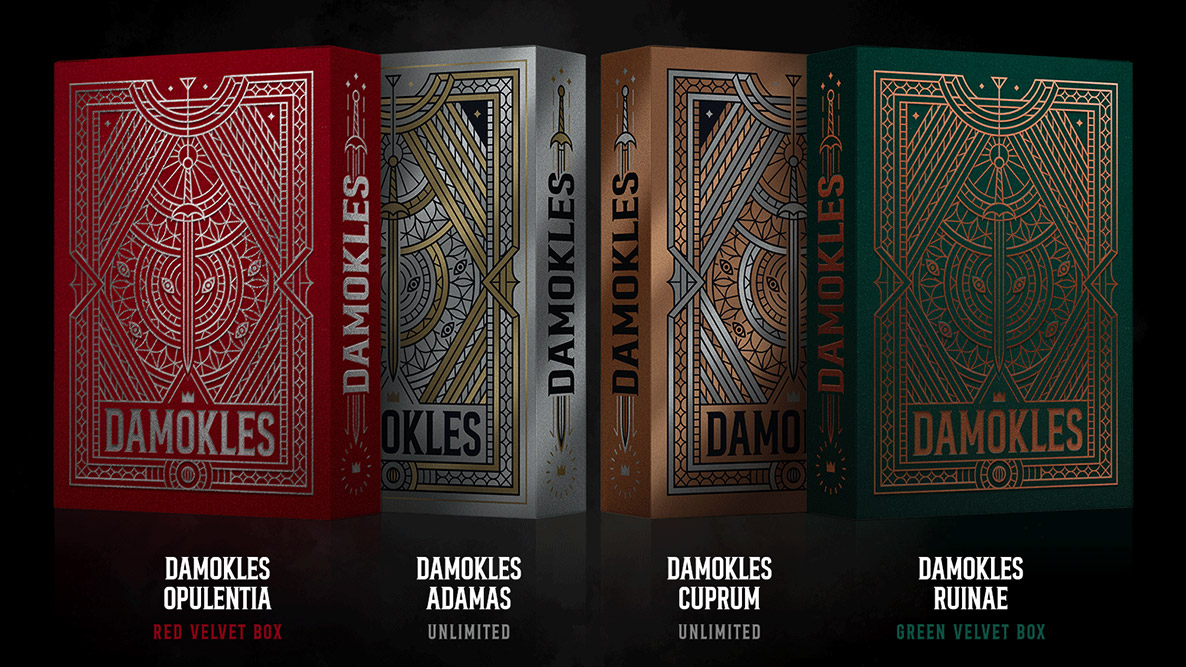 Every court card has its own unique dangling sword, and there are other details that reveal a hidden story. 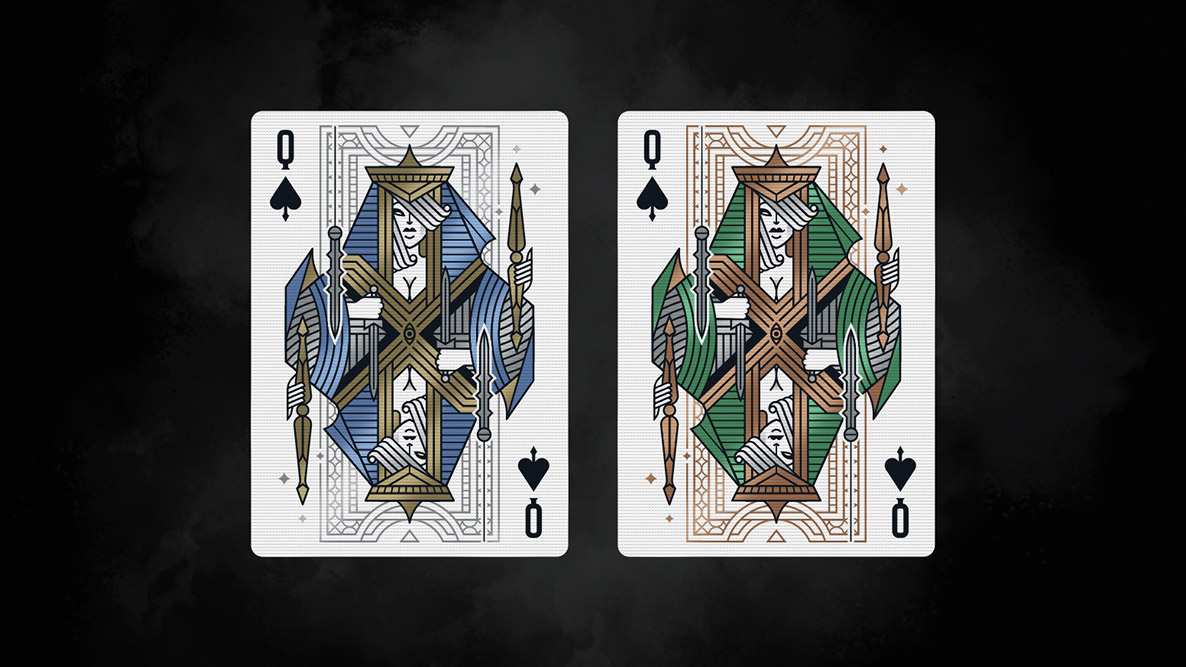 The Silver and Copper court cards are similar, but not exactly the same. There are small but significant differences to go along with the obvious color swap. 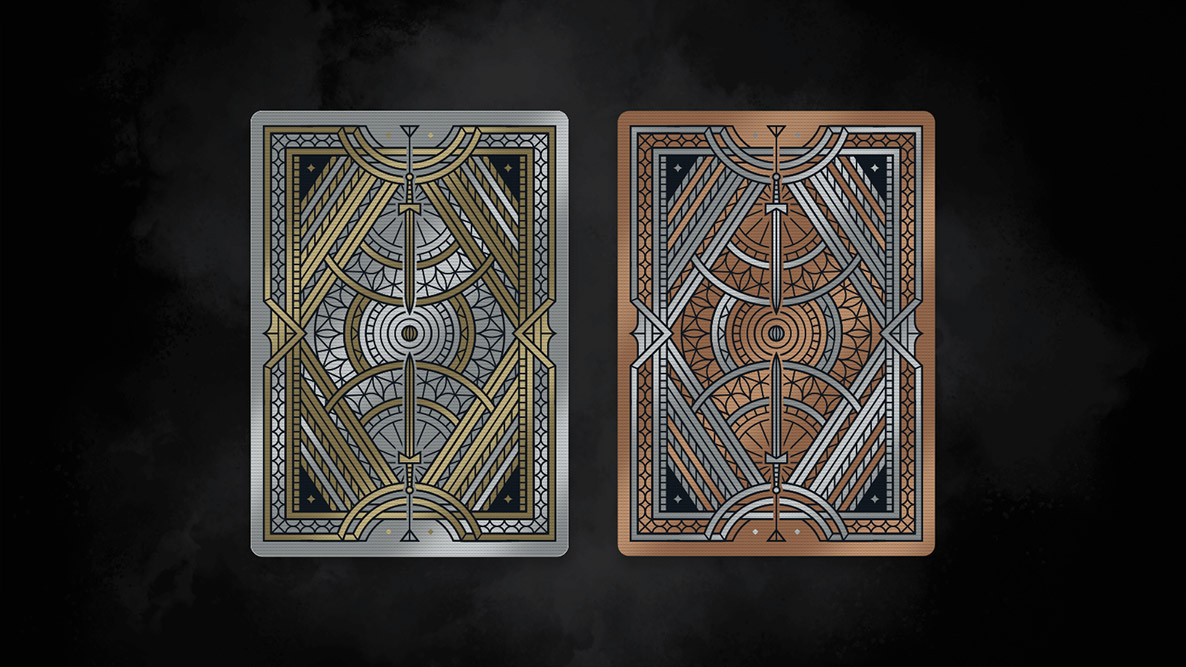 The Silver and the Copper card backs are identical, apart from the different metallic ink colors. 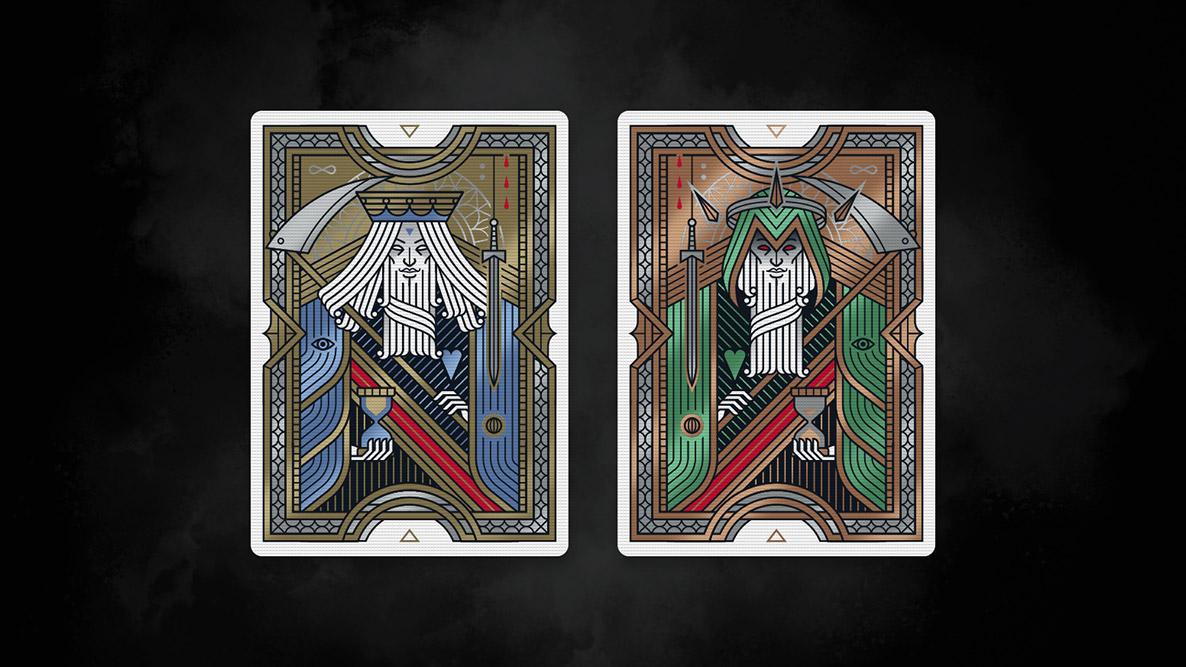 The Silver and Copper Jokers are the same characters, but illustrated differently. The Jokers are inspired by the four Horsemen of the Apocalypse: Time/Death, World/Conquest, Strength/War, and Desire/Famine. 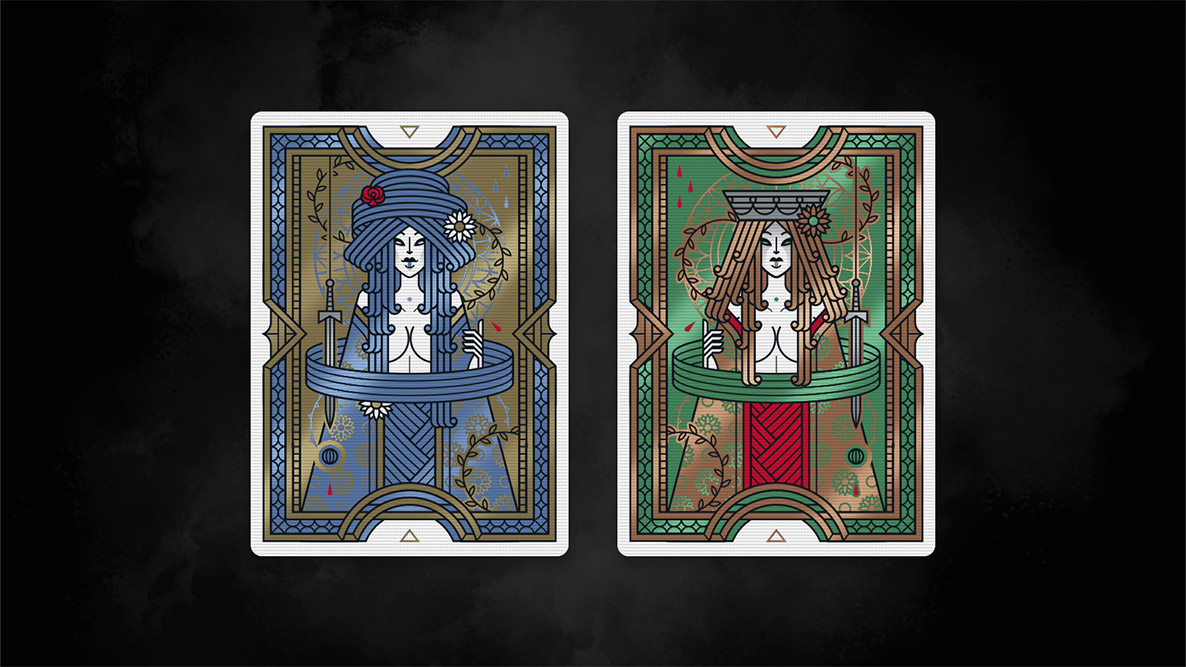 The aces are custom and very intricate: 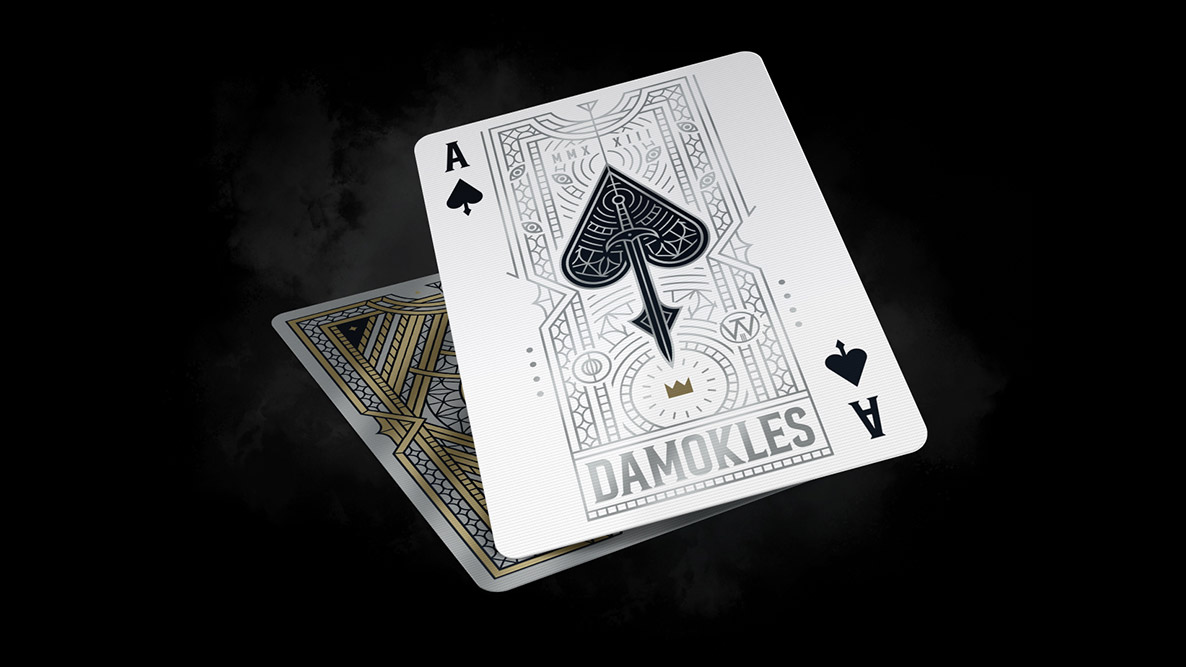 The 12 court cards of Damokles represent the Kings and Queens of the World, blessed with the Crown, but also exposed to the threat of the Sword. Each suit represents a different threat:

The red cards (Hearts, Diamonds) bring the threat on themselves with their actions; in contrast, the black cards (Clubs, Spades) suffer the threat passively, often trying to prevent it.

The Jokers are the incarnation of the four threats: Time/Death (Spades), World/Conquest (Clubs), Strength/War (Hearts) and Desire/Famine (Diamonds). These are obviously inspired by the four Horsemen.

In Adamas/Opulentia the blade is silvery and shiny, to represent a time when nature is young and unspoiled, and the Word enjoys a fragile peace. There is plenty of everything – although not everyone receives of the bounty. The danger is there, but the thread that holds the Sword is new and strong.

In Cuprum/Ruinae the blade is old and rusty, the World has been conquered, revealing the true face of war. Insatiable hunger consumes almost everything, and the Reaper is sharpening his scythe. How much longer can the old thread keep the Sword from falling?

In a way, these decks represent “past” (Adamas/Opulentia) and “future” (Cuprum/Ruinae) – however, I see the World as a cycle, so there is no reason to assume that the blade will not turn shiny again, even after having been rusty for a long time.