PERMANENTLY SOLD OUT – Conquerors Justitia is completely sold out and won’t be available again.

Conquerors Justitia is the super-limited, gilded edition of Conquerors Vendetta.

This is the Vendetta Card Back compared with the Audax/Victoria one:

The card back is made with a new technique developed by Expert Playing Card Co. called “Flood Foil” – the backs are entirely covered with red foil and black ink is overprinted. 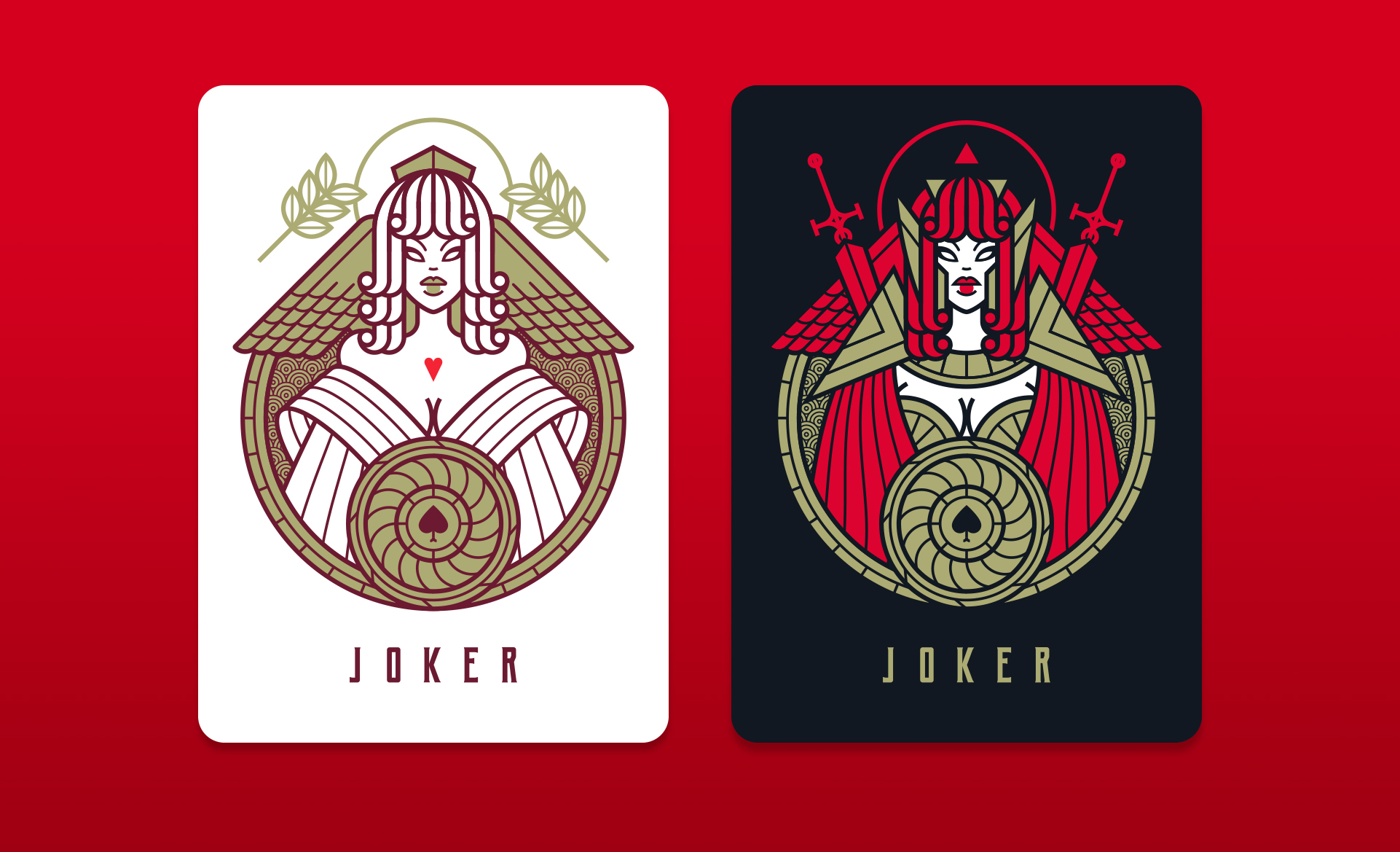 For its theme, Vendetta is the “negative” twin of the original Conquerors. It’s related to anger, fury, reckless courage and violence. 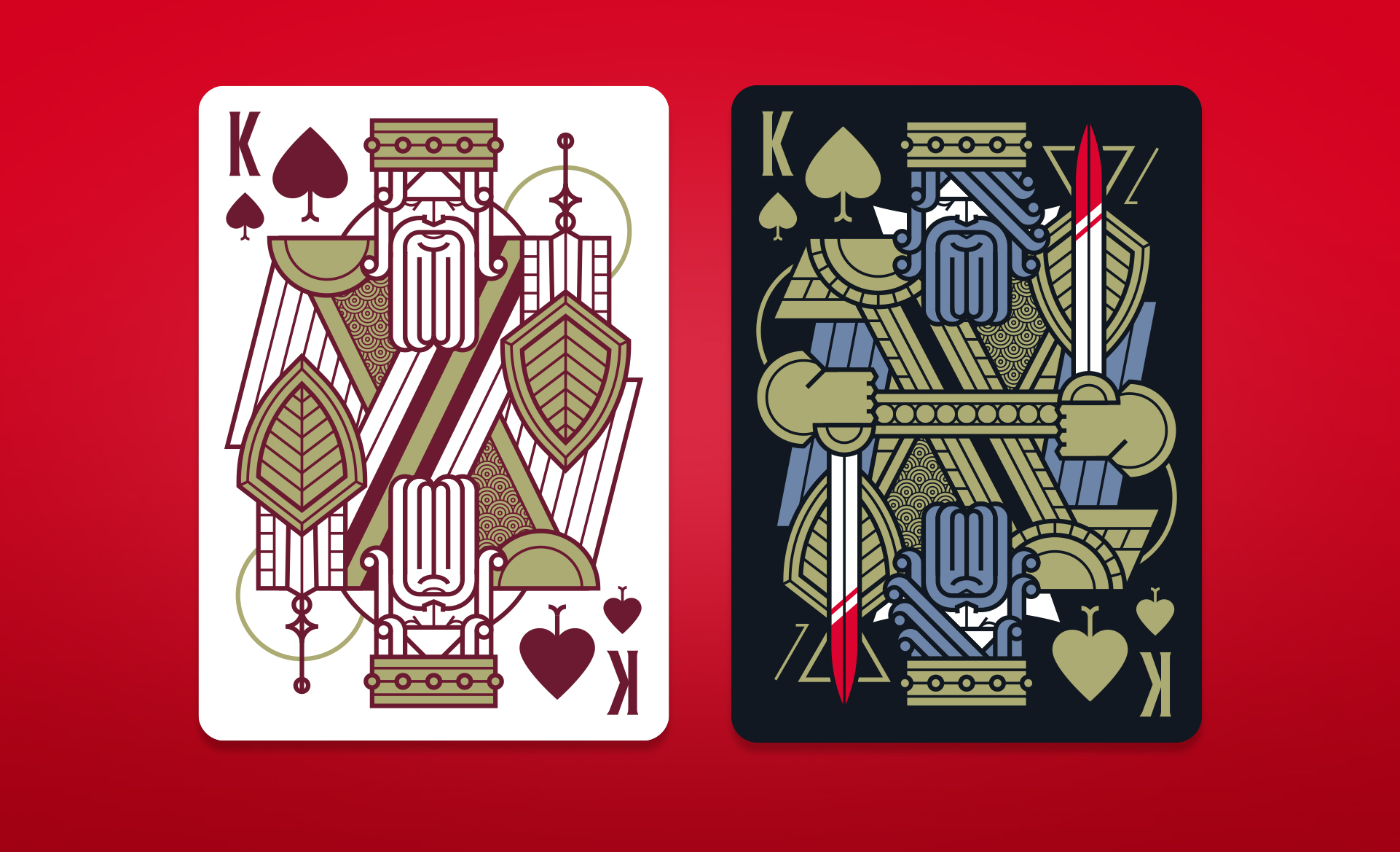 Vengeance is usually related to evil, so I’ve made the courts more threatening and fiercer than their “Victoria/Audax” counterparts. 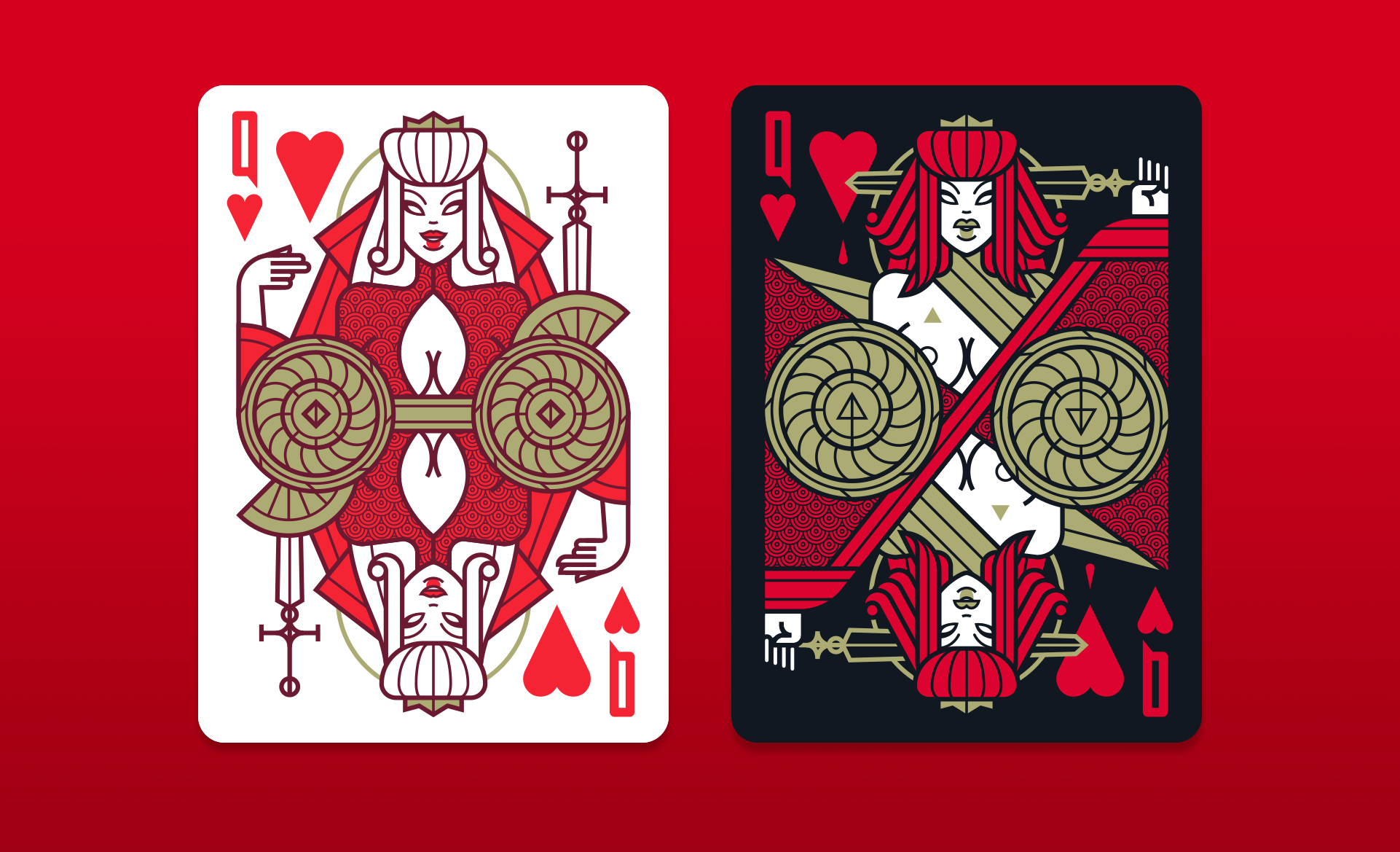 However, Vendetta is not “all bad” – there is a good side, the theme of “Justice”. 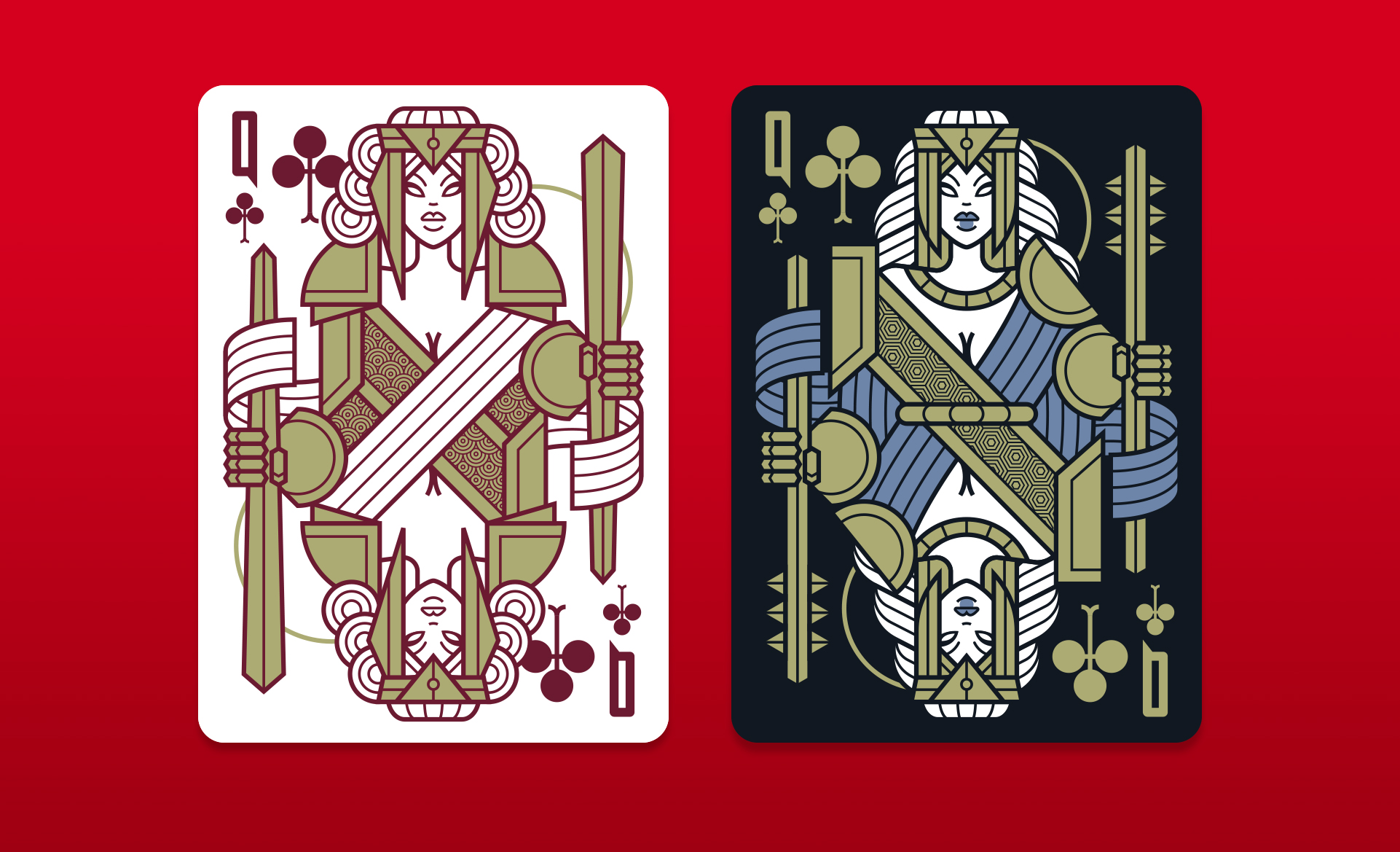 The second Joker is one of my favourite and most portrayed characters ever – the God of Sea, Neptune. 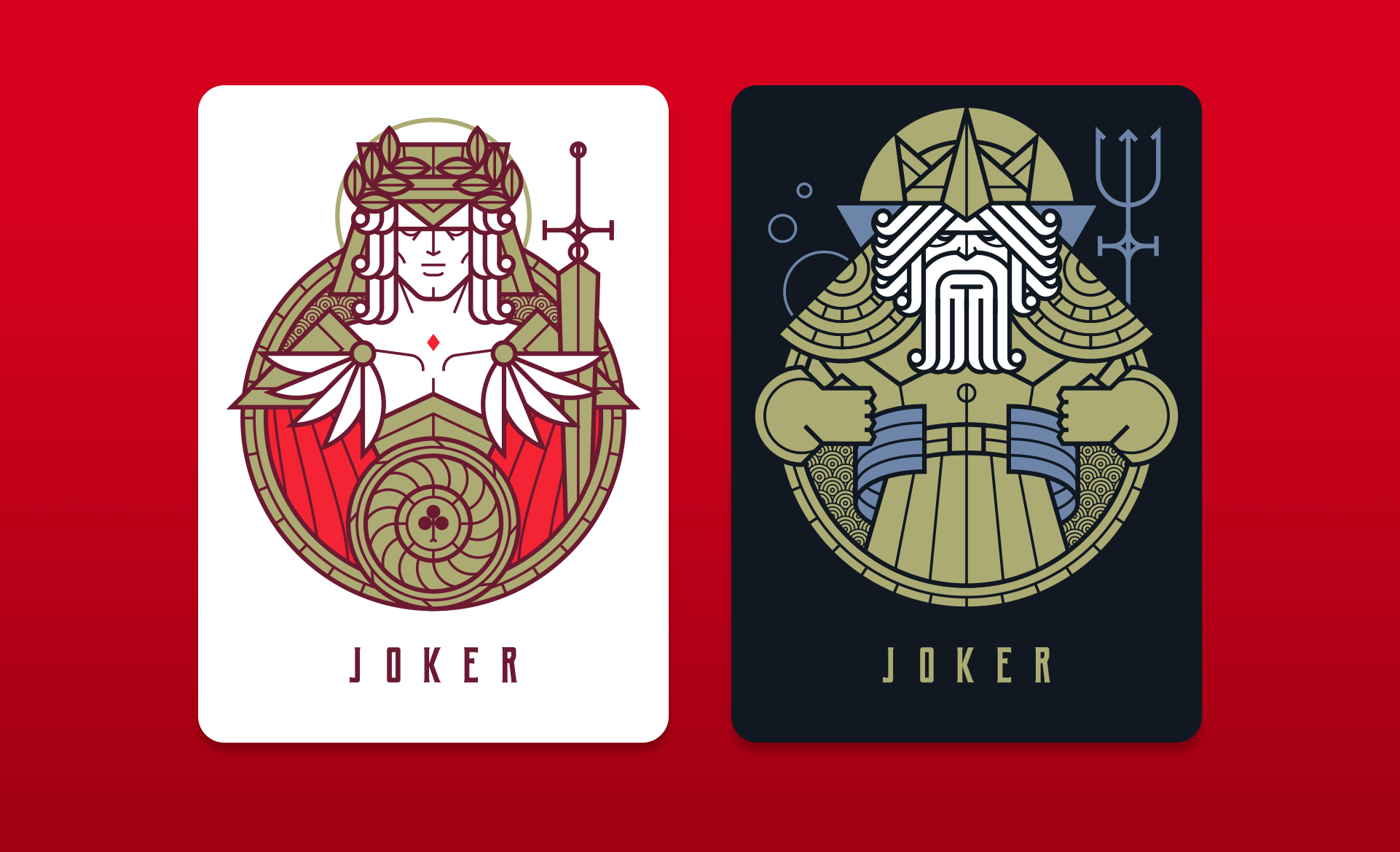 If you followed Odissea, you know why I picked him as the male God of Vengeance. His counterpart in the original Conquerors was Mars Invictus, the God of War. 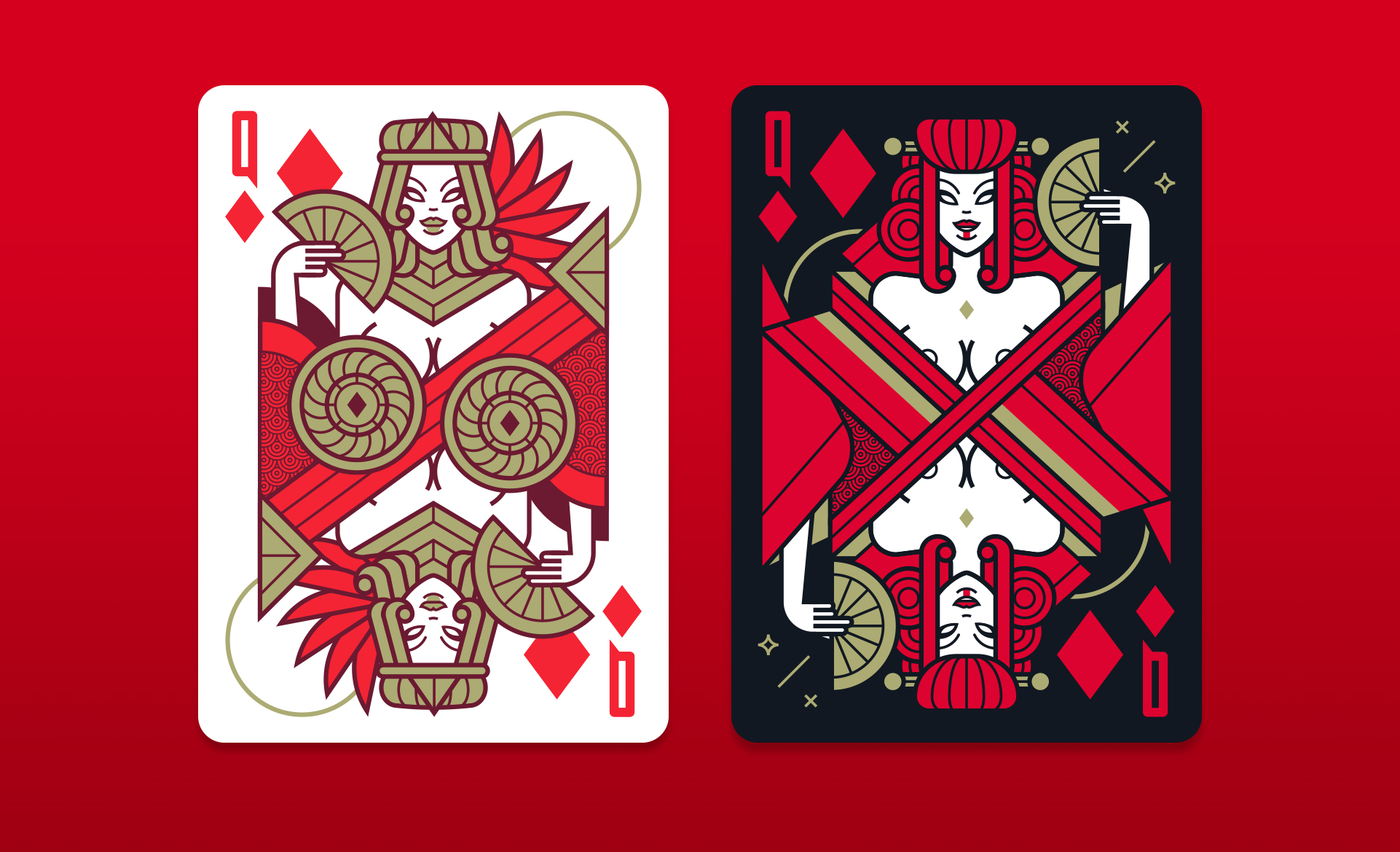 Hearts suits represent the Fury and the Sacrifice. 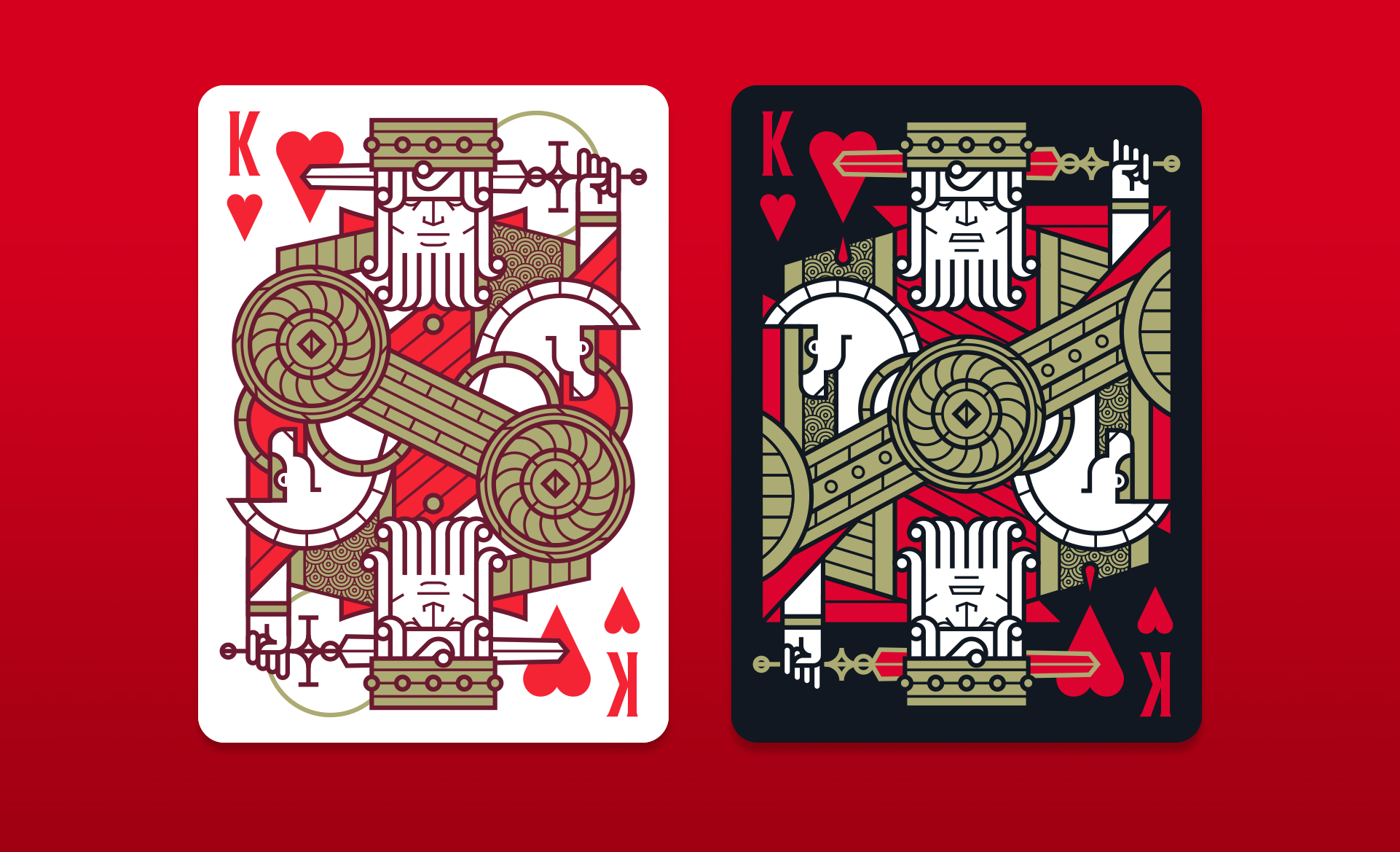 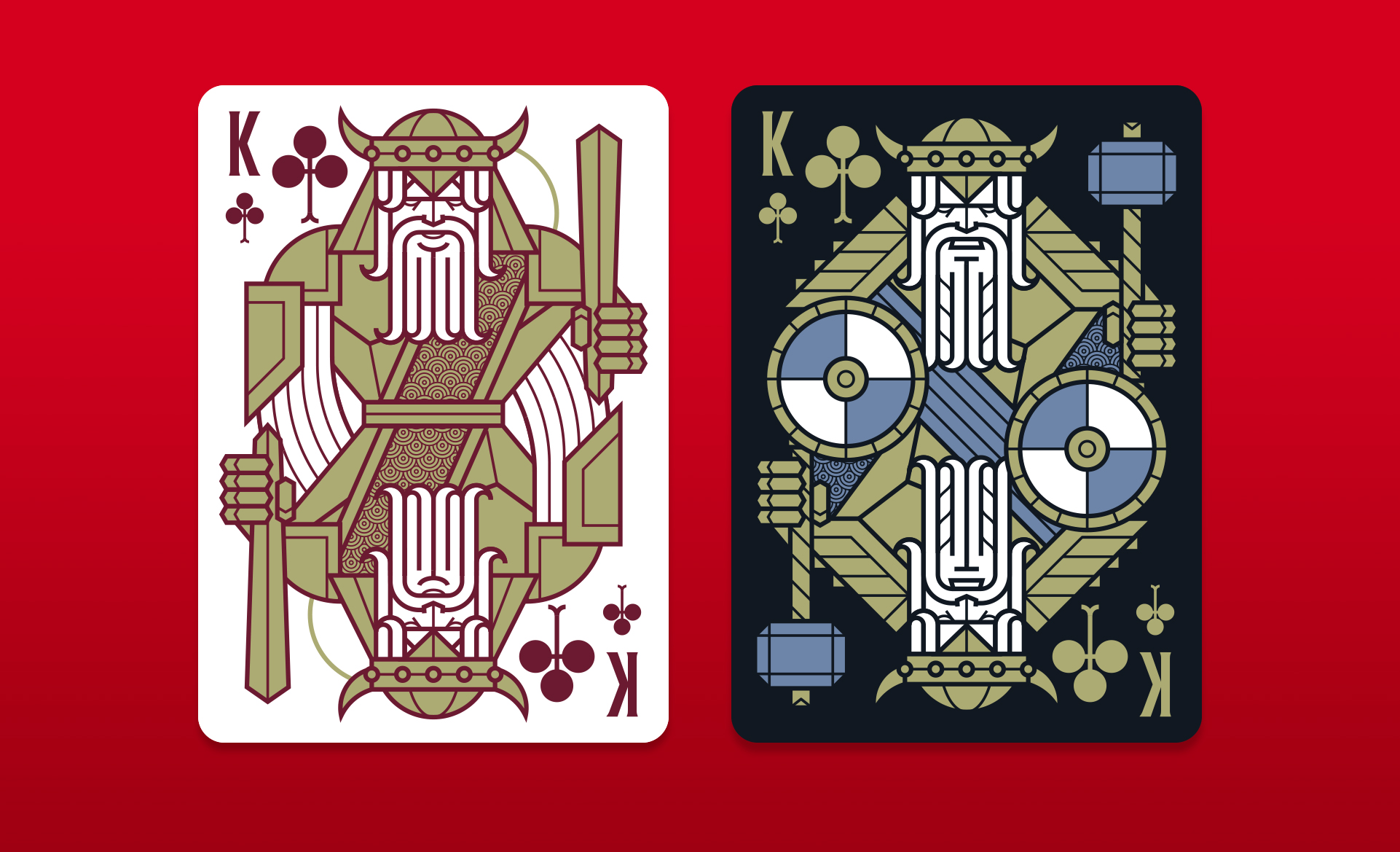 Spades plans their revenge with Strategy. 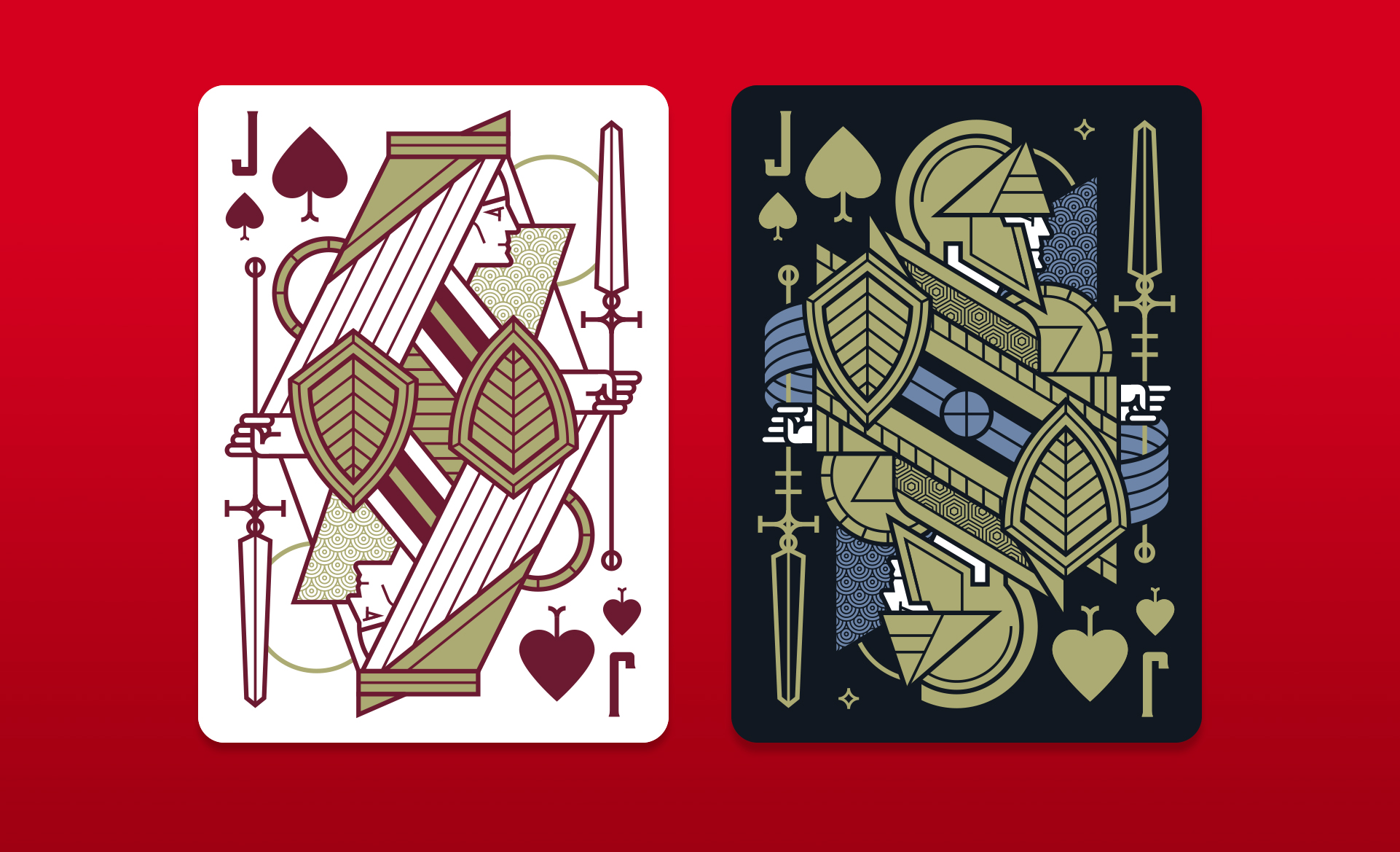 Some weapons are changed – the Jack of Hearts wield a rapier instead a longsword. 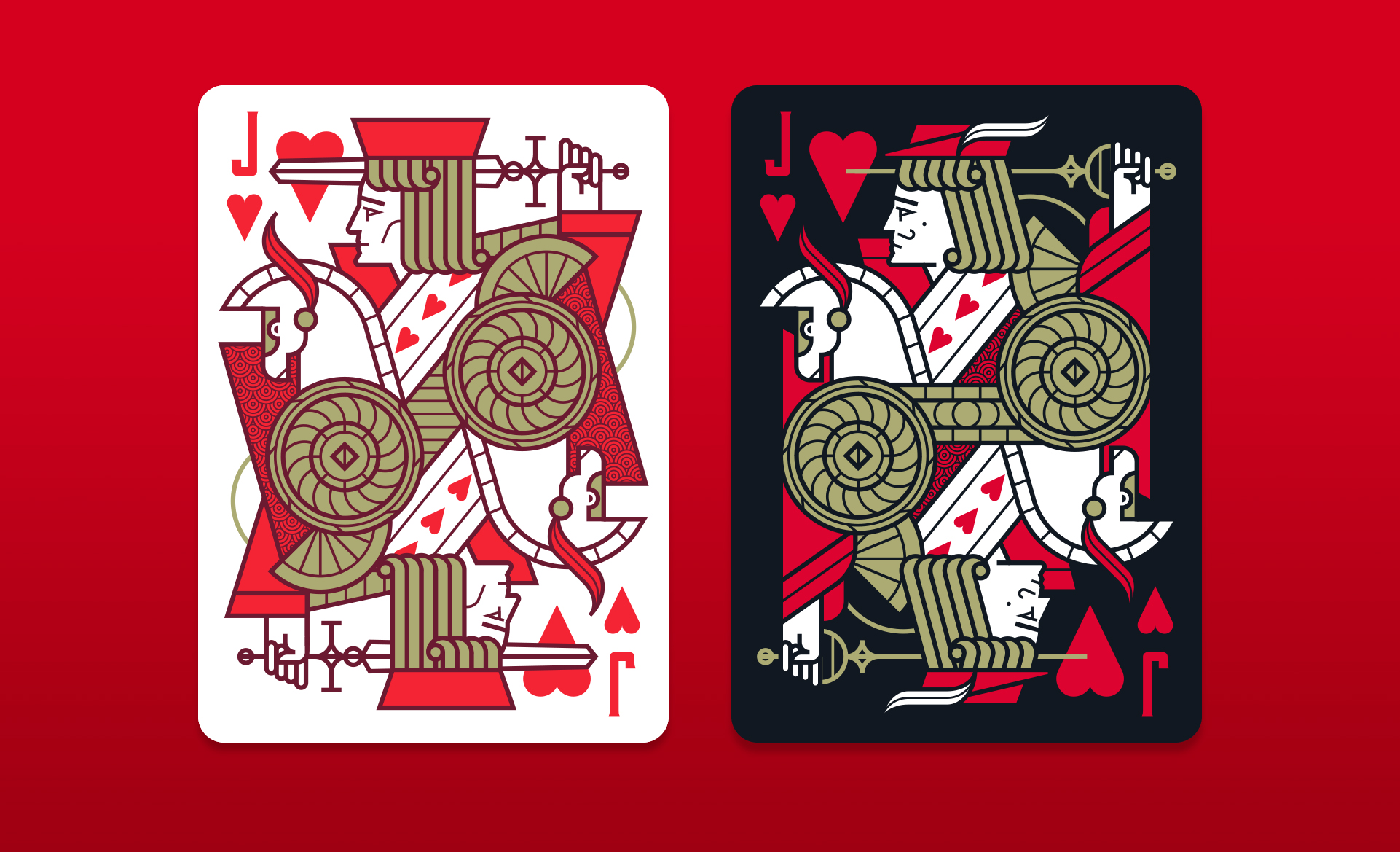 The Jack of Hate is scarier than his “Victory” counterpart – in the original Conquerors, diamonds represent the Economical and Political power. 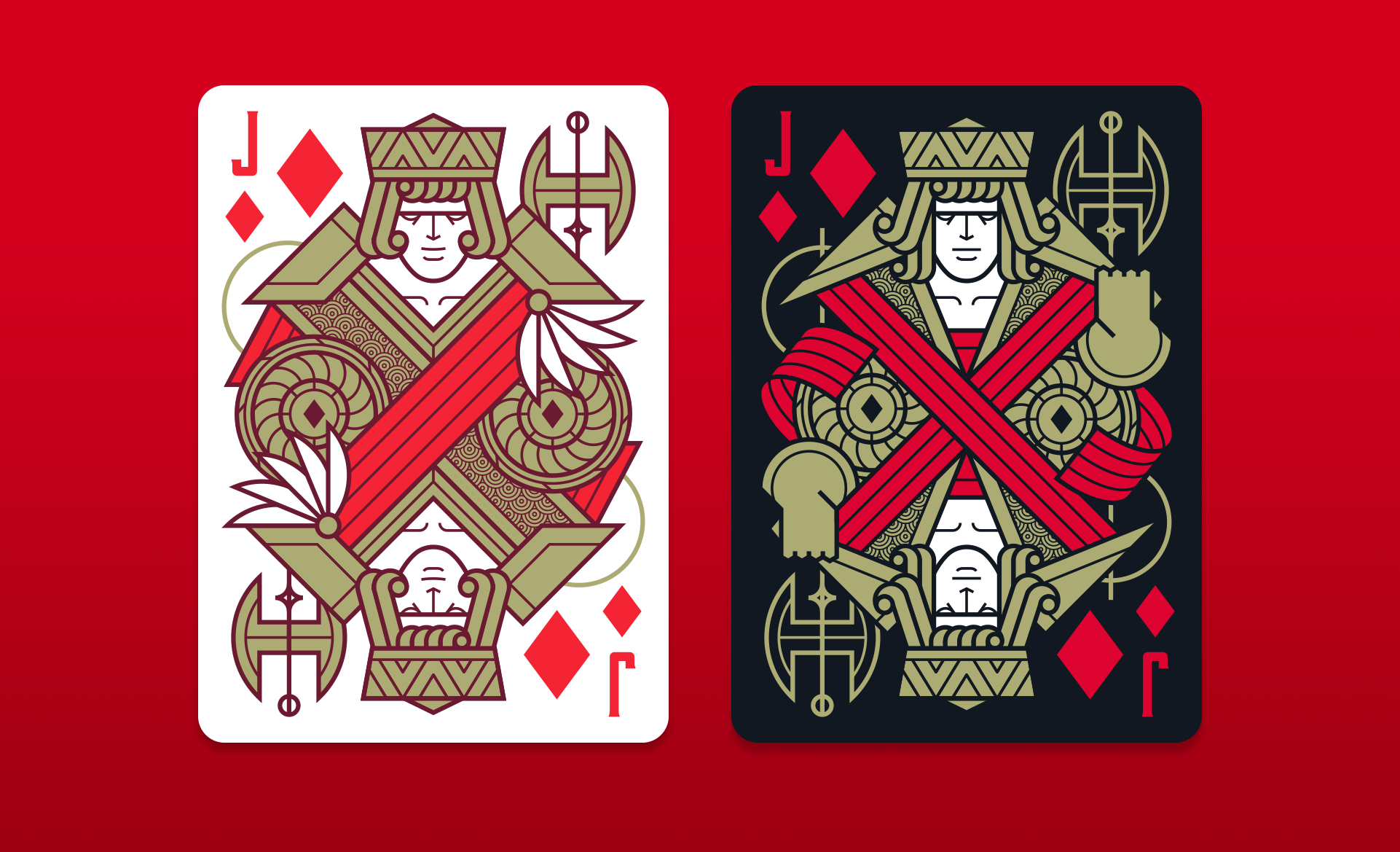 The Jack of Clubs is inspired by a medieval/fantasy cleric. 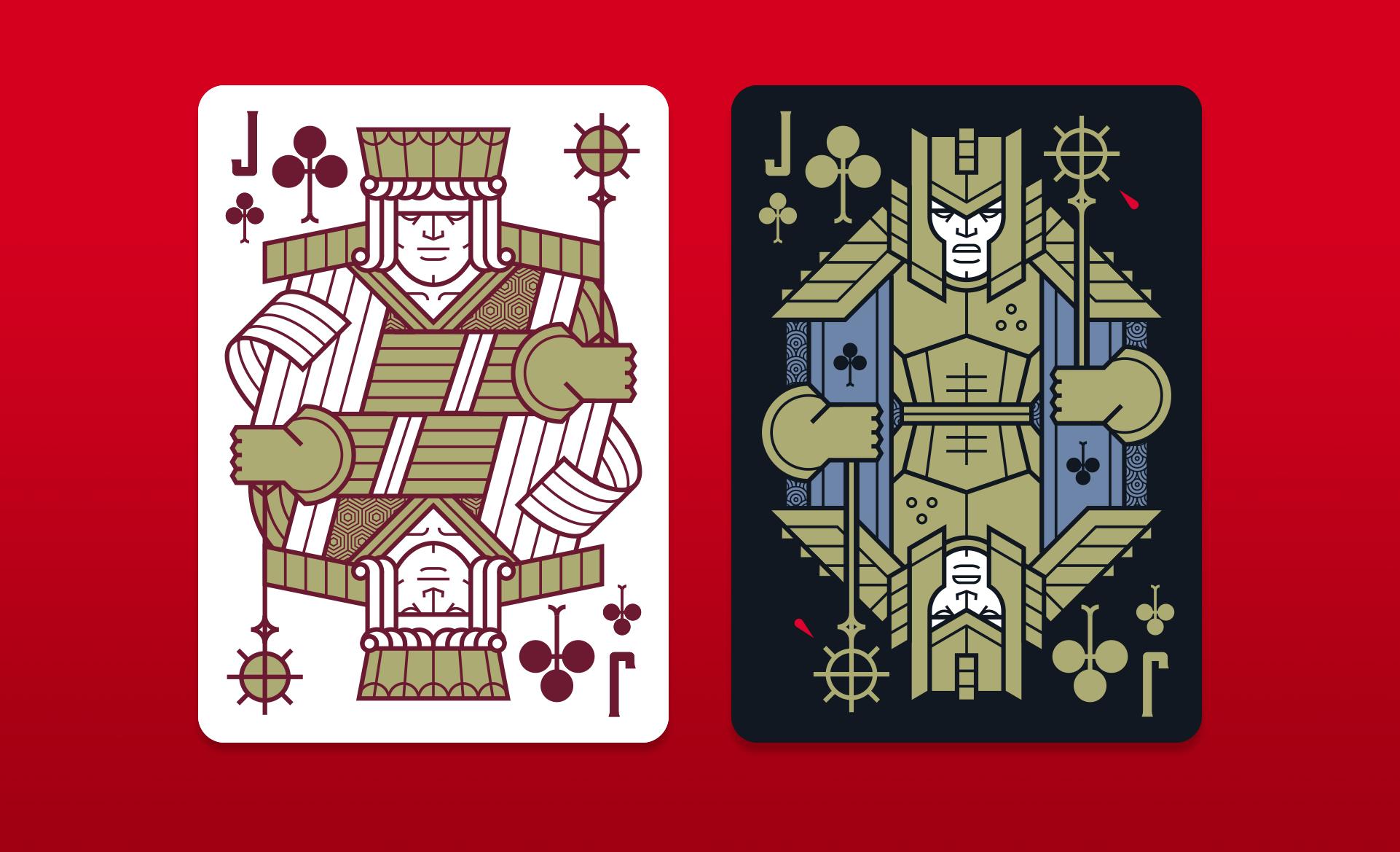