Warning – This deck is a true betrayer one: suits have inverted colors and it will be purposely difficult to play with. 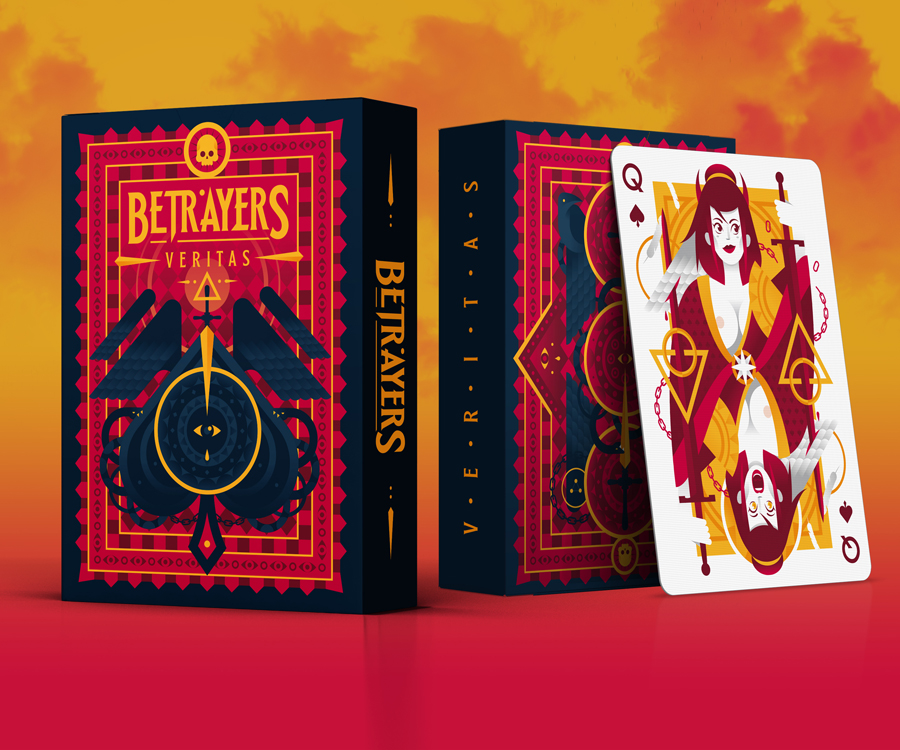 Betrayers Veritas is the last, crazy deck of the Betrayers series, and represents the pure essence of betrayal.

Suits are inverted: Hearts and Diamonds are Blue, and Spades and Clubs are red. This will made more complicated – but also more fun – your game night. 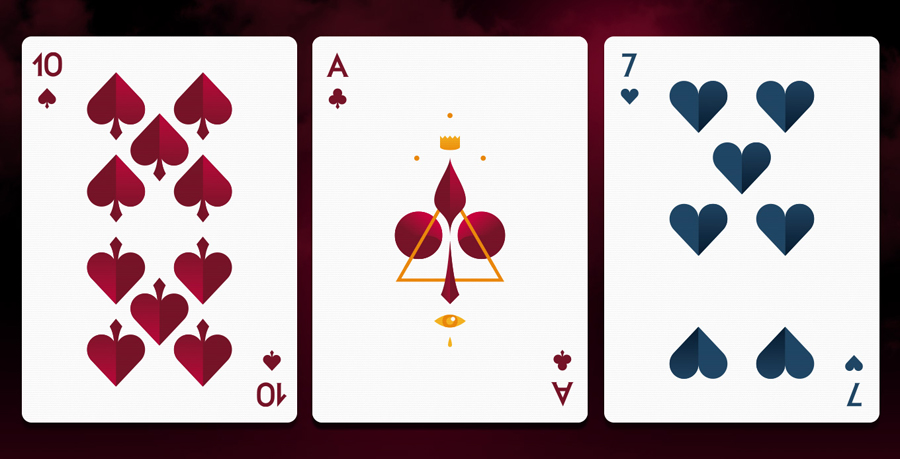 The back is one way – check it closely. Once you know this, you can use this deck for effects… or just to cheat. 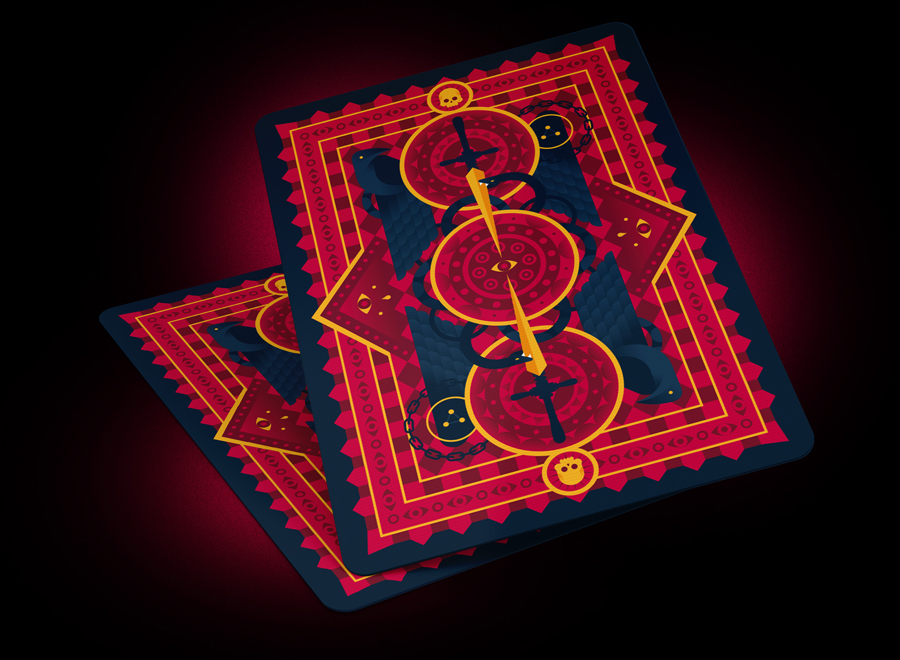 The courts of Betrayers Veritas are completely different than Lucis, Tenebra and Invictus. And are two-faced! Also, every court tells a story. 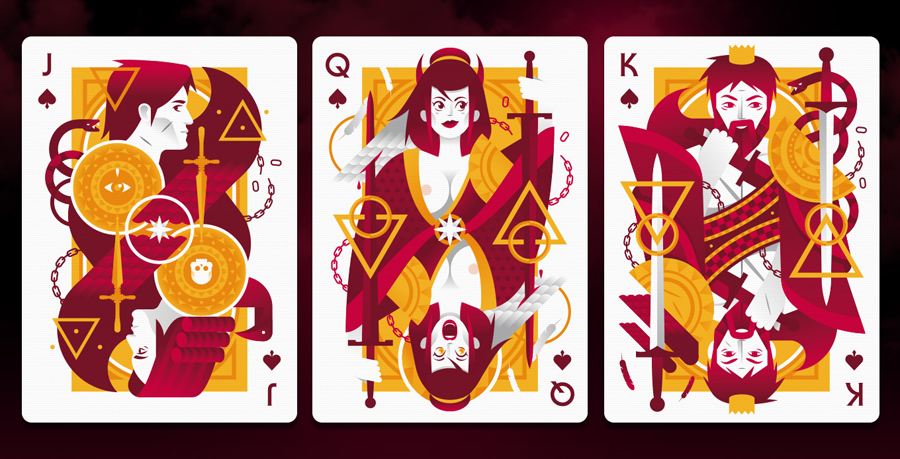 A noblemen who became a wanderer. An angel who severe her own wings. And a true betrayer that was never really good. Freedom isn’t free. 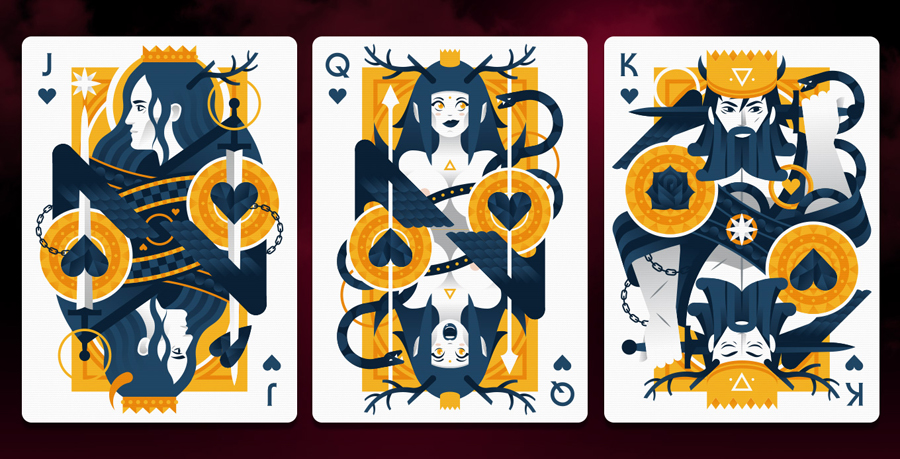 A noble prince who shattered many hearts. A pretty dryad who loves only herself. And a King who changes his mind. Love hurts – you know that. But it’s a double-edged sword. 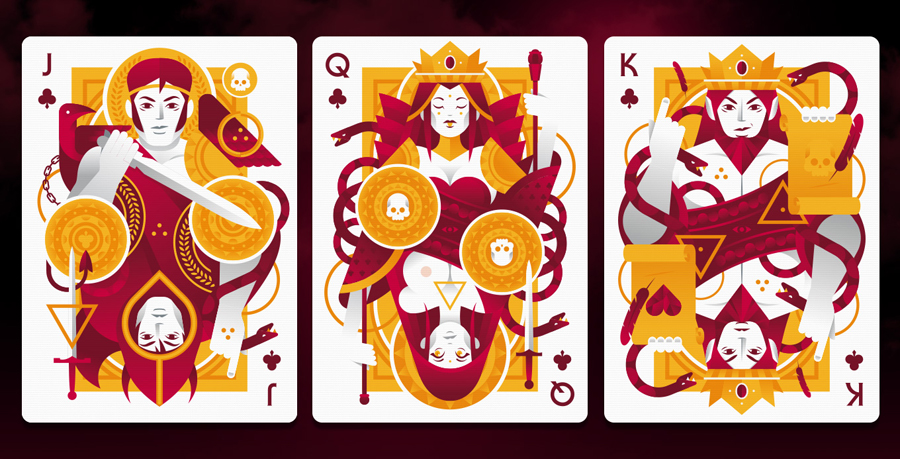 A conspirator. A poor lady who became an empress. An Advocate who promises love and deliver death. Lies are the fastest way to obtain power. 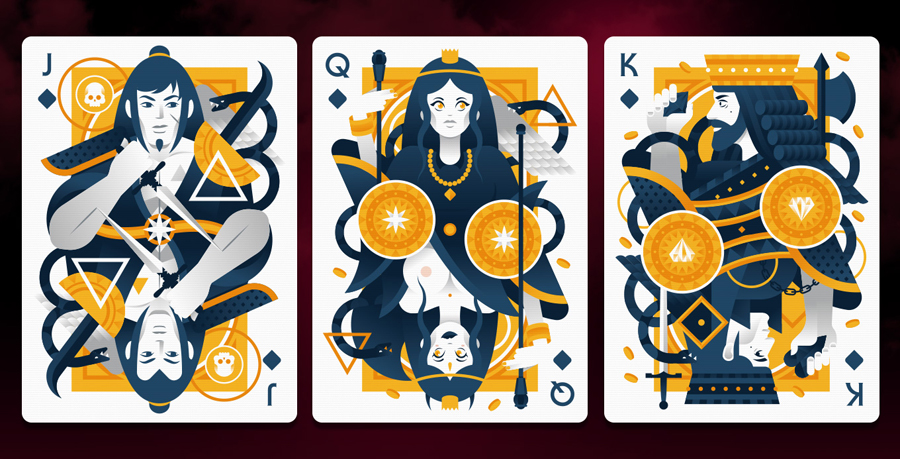 A noble warrior that became a mercenary. A chaste lady who became a concubine. A young idealist that became a rich tyrant. Wealth changes people.