Funded on Kickstarter on July 2016, Dedalo is a series inspired by greek mythology and labyrinths.

There are 3 decks of Dedalo: 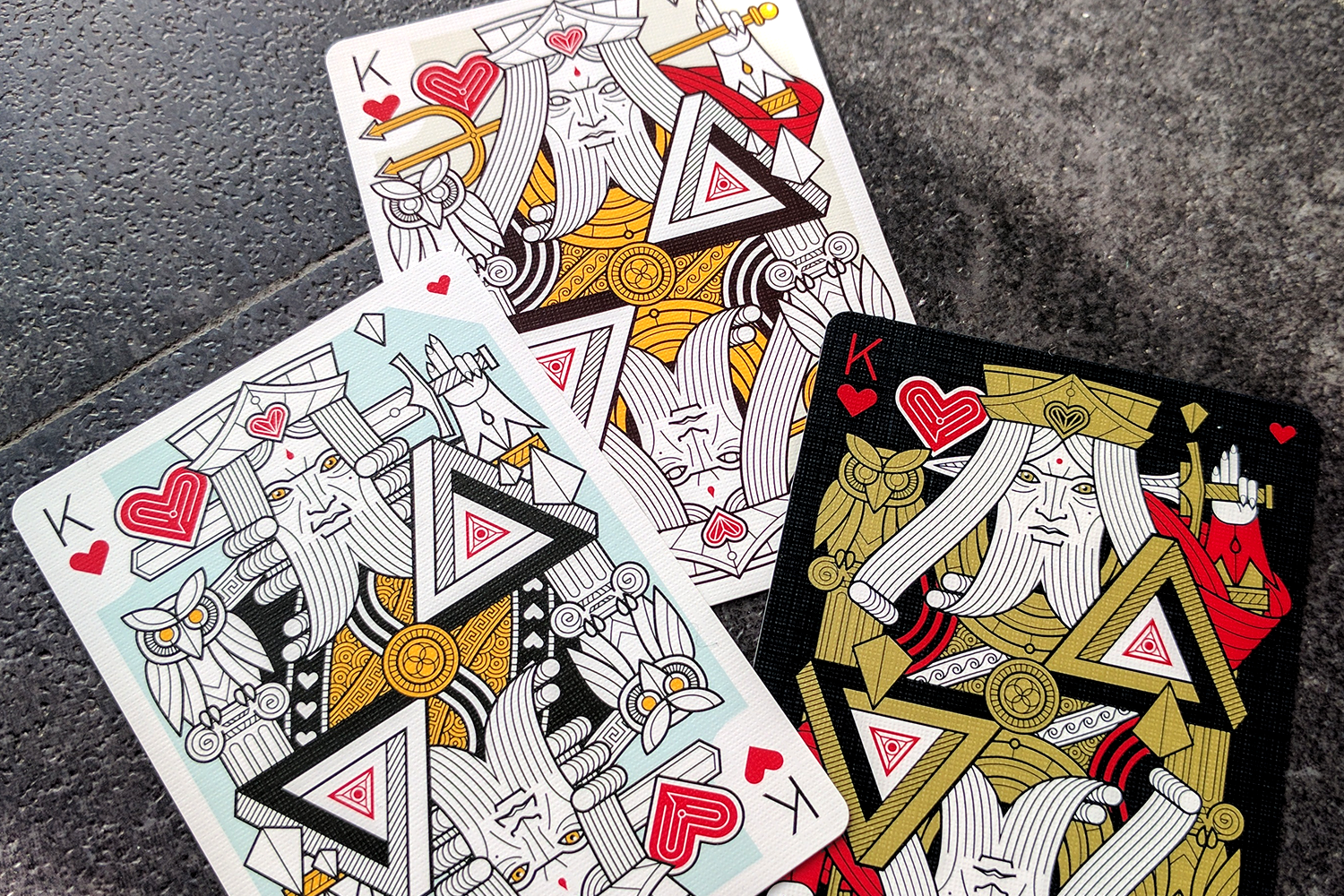 Dedalo is strongly inspired by Greek Mythology and tells the story of many characters of the Ancient Greece. The Minotaur Asterion, the dark hero Theseus, the beautiful Ariadne and, of course, Dedalo, the genius: he built the Labyrinth, the main location of the story. In Italian, Dedalo is a synonym of “Labyrinth”.

The deck is high-detailed, full of hidden meanings and with accurate references to Mythology.

Dedalo Alpha and Dedalo Omega tells the past and the future of the same story. Dedalo Alpha show the part when the Minotaur and Theseus haven’t fight yet, Ariadne is going to help Theseus with her red thread, and Icarus and King Aegeus are alive. In Dedalo Omega, Theseus defeated Minotaur and abandoned Ariadne, King Minos is angry with Dedalo and imprisoned he and his family into the labyrinth. He managed to fly away with wax wings – but his son, Icarus, flew too high and and his wings were melted by the Sun, Helios. Aegeus thinks Theseus was killed by Minotaur, so he’s commiting suicide.